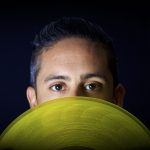 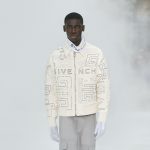 Imagination is at the heart of Louis Vuitton. A visual manifestation of our hopes and ideas, it has the power to heal, regenerate and uplift us. The Spring-Summer 2023 Men’s Collection was conceived and created by the Louis Vuitton Studio Prêt-à-Porter Homme: an ever-evolving ecosystem of creative minds, who welcomed Virgil Abloh to the Maison in 2018 and expanded during his eight seasons of artistic direction.

A living testament to his talent for bringing people together, they populate a creative playground more than a century in the making. At the timeless core of the Louis Vuitton studio is the belief that imagination – creatorship, craftsmanship, showmanship – can move and unite its spectators around the world. It’s the heritage on which Virgil Abloh based his practice at the Maison and the philosophy that continues to drive the Studio Prêt-à-Porter Homme. As a creative community who shared a monumental experience, they embrace the SpringSummer 2023 Men’s Collection as a cathartic process: a proposal created in the spirit of all the human minds that shape Louis Vuitton.

2023 Men’s Show opens with a cinematic prelude screened for the digital audience. Directed by Ephraim Asili, Strange Math explores the relationship between imagination and reality central to the themes of the collection. The film depicts a music composer’s practice through the lens of science, equating the creation of music to scientific discovery. By exploring his inner space – by activating his imagination and creating something that didn’t previously exist or seemed impossible – the composer occupies the same role as an astrophysicist exploring outer space. Musical invention, whether through notes or instruments, is imagination brought to life. By working with particular frequencies, we are able to transcend the limits of our environment, and turn myth into reality.

There are aprons appear in bonded monogram canvas as takes on mid-layer pieces. Belts in monogram or monogram-embossed leather are adorned with strass and enamel LV buckles embellished with thistles, while belts in matte leather feature moulure metal buckles. Biker jackets appear graphically exaggerated as a nod to the tropes of 1980s’ music videos. Cargo uniforms morph into garments foreign to their original function: as trouser transformed into floor-length workwear skirts, and a jumpsuit turned into a full-body dress in dyed canvas.

Cartoon prints pay tribute to a classic childhood trope and feature in hand-painted form on a technical canvas windbreaker. Crackle-effect patent leather suits and coats are created from lacquered crust bases. Crochet hand-executed in the image of the Louis Vuitton flower adorns the sleeves of tailoring and appears as patching on varsity jackets, bomber jackets and shirts. Denim appears in rainbow monogram jacquard, in jacquard washes, and overprinted with fraying, as well as in a Parisian photo montage print on discharged denim pieces. Flower field motifs nod at French impressionism and materialise on dégradé tapestry chenille coats and puffer jackets overembroidered with the same motif, as a print on draped pyjamas in crêpe silk with embroidery, and woven into a knitted top.