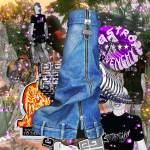 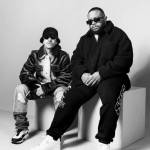 For more than 160 years, creative exchange has taken place in tandem with the heritage and innovation of Louis Vuitton. These artistic collaborations have expanded the Maison’s universe, enlivening collections with imagination and surprising expression. With LV DREAM, Louis Vuitton celebrates these inspiring ideas and their creators as an expansive exhibition within the building of the former La Belle Jardinière department store, alongside a café and chocolate shop in collaboration with the Cheval Blanc Paris Chef-pâtissier, Maxime Frédéric.

Beginning December 12th, 2022, LV DREAM welcomes visitors to discover a rich exploration of Louis Vuitton’s collaborations through time and across a broad range of historic and contemporary pieces. Comprised of nine rooms with many interactive components, this immersive journey revisits the highly original interpretations in constant dialogue with the Maison. The exhibition plays out with endless dynamism spanning the earliest artistic undertakings such as window displays and perfume bottles; specially commissioned trunks; iconic Monogram reworkings by renowned artists; the diverse range of ready-to-wear collaborations; and the first three chapters of the Artycapucines collection of reimagined Capucine bags.

Inside, visitors will follow a circuit arranged according to themes such as “Louis Vuitton: As Seen By…”; “The World of Louis Vuitton According to Rei”, and “Leather Goods in Fashion”. Among the highlights: two portraits of Louis Vuitton by Alex Katz and Mister Cartoon that have never been exposed to the public. The World of Vuitton According to Rei, a room dedicated to Rei Kawakubo, artistic director of Comme des Garçons, who envisioned two capsules for Louis Vuitton: Party Bags in 2008 and Bags With Holes in 2014. Here, the scenography encourages visitors to experiment with the scale to feel as though they are actually inside the bags. Interactive scenography can also be found in Art Meets Fashion, the final space where a digital wall projects motion-sensitive animations adapted from collaborations with Daniel Buren, Nigo, Grace Coddington and Christopher Nemeth.

To extend the experience, LV DREAM introduces “Maxime Frédéric at Louis Vuitton” – a café and chocolate shop (Chocolaterie), both overseen by the renowned Chef-Pâtissier of the Cheval Blanc Paris. Among the leading names in the artistry of patisserie and chocolate-making, Maxime Frédéric honed his craft at the palacehotels of Paris, including Le Meurice and George V, before joining the Cheval Blanc Paris in 2020 and winning the 2022 Gault & Millau Guide prize for Pastry Chef of the Year. Surrounded by tropical plants, the Café offers a lush respite for visitors with a specially developed selection of fresh pastries that play on the Maison’s motifs. The Chocolaterie, meanwhile, showcases a delightful assortment of chocolates that once again draw inspiration from Louis Vuitton codes, packaged in emblematic boxes.

Finally, in the gift shop, visitors can browse items developed with an exclusive LV DREAM design, along with a selection of small leather goods, accessories, fragrances, and publishing.

Conceived for Parisians and tourists alike, LV DREAM builds upon previous exhibitions that have explored the Maison’s history of collaborations. Here, imagination and creative output become an experience for all to discover.

LV DREAM begins with two portrait rooms featuring commissions from contemporary artists; an homage to Louis Vuitton himself, who was born in 1821 and travelled as a young man to Paris where he opened his first store at 4 rue Neuve-des-Capucines in 1854. In the first room, Mr. Louis by Cao Fei, visitors encounter an immersive digital depiction of Louis by the Chinese artist who shows how a historical portrait can be interpreted through today’s technology.

Continuing into the room, Louis Vuitton: As Seen By, portraits by Yan Pei Ming, Mister Cartoon, Alex Katz and Refik Anadol capture the enduring spirit of Louis Vuitton. They are complemented by a vignette of unique creations from the past century including the Stokowski Secretary Desk; a trunk from 1890 that belonged to photographer Paul Nadar; and Damien Hirst’s “Medical Cabinet.” Among the pieces presented digitally is the bespoke trunk created for Vermeer’s The Milkmaid in 2018.

The Origins room, panelled with vivid photography by Kenta Cobayashi, offers a psychedelic backdrop for discovering iconic designs juxtaposed with artistic collaborations that have stood out through the decades. Each grouping – modes of travel, beauty, and the Objets Nomades – establishes a link between early examples of savoir-faire and newer creations by Nicolas Ghesquière and Virgil Abloh along with Jeff Koons, Stephen Sprouse and Marc Newson. Decorated perfume bottles and illustrations from 1922 appear with designs by Frank Gehry and Alex Israel. Statement objects such as a bed trunk from 1892 and Christian Liagre’s folding chair reaffirm how the Maison has constantly applied its excellence across art, design, and craft.

Vibrant, graphic, and rich with detail, the Art on Silk room displays the silk scarf (carré de soie) as a medium from which artists have interpreted the world of Louis Vuitton. Starting with the Textile Series from the late 1980s, when the Maison invited acclaimed talents such as Sol LeWitt, James Rosenquist, Gae Aulenti and Andrée Putman to freely express their vision, to more recent designs from the likes of Urs Fischer, Tracey Emin and André Saraiva, the ensemble conveys Louis Vuitton’s limitless spirit of creation.

Midway through the exhibition, The World of Vuitton According to Rei is at once characteristically high concept and visually immersive. In 2008, the Comme des Garçons artistic director conceived a capsule of six Party Bags that were innovative in both shape and functionality. Then, in 2014, her contribution to the Celebrating Monogram Collection was Bags With Holes, which elegantly subverted the Louis Vuitton tradition. This room showcases the two series against a Monogram backdrop scattered with holes – enlarging the scale such that visitors have entered the actual bag.

The Reinterpreting Icons room broadens out to spotlight the illustrious designers, artists and creative minds who reworked and transformed the Monogram in 1996 for its centenary, and again in 2014. Karl Lagerfeld’s “Punching Bag”, Cindy Sherman’s “Studio Trunk”, Frank Gehry’s “Twisted Box”, Christian Louboutin’s “Shopping Bag” and several others are arranged in a mirrored space on Monogram-shaped podiums. More than an impressive roster of names, the wide array of interpretations underscores each talent’s individual identity and personal rapport with the Maison.

Leather Goods in Fashion is dedicated to two artists – Takashi Murakami and Yayoi Kusama – whose collaborations remixed the Louis Vuitton heritage with Pop Art playfulness. Both the Murakami Multicolore from 2003 and Kusama’s trompe l’oeil dots were instant sensations that remain collectible to this day. While the bags take centre stage, this room also includes the corresponding ready-to-wear collections and other accessories– highlighting how the collaborations existed within the larger language of Louis Vuitton.

Bags as Blank Canvas, both a literal and metaphorical starting point, is the theme of the following room, which is split between variations on the Monogram and the Artycapucines collection. In both instances, the invited artists took on the challenge of dimensionality and drew from their imagination. From Stephen Sprouse’s spray-painted graffiti lettering and Jeff Koons transposing of Monet’s Nymphéas, to the 18 contemporary artists who have redecorated the emblematic Capucines bag (named after the street of the first Louis Vuitton store in Paris), each reworked canvas becomes a surface to carry through everyday life.

The final room, Art Meets Fashion brings together the artists who have worked with Louis Vuitton’s Men’s and Women’s Artistic Directors since the Maison introduced fashion in 1998. Whether Daniel Buren and Richard Prince with Marc Jacobs; Jake and Dinos Chapman and Christopher Nemeth with Kim Jones; Atelier Fornasetti and Grace Coddington with Nicolas Ghesquière; or Nigo with the late Virgil Abloh, these close relationships have yielded a breadth of ready-to-wear and accessories as audacious as they are popular. In addition to the runway looks, this room features a digital, interactive wall spanning 10 metres where the design concepts from Daniel Buren, Nigo, Grace Coddington and Christopher Nemeth respond to motion with surprising effect.

For the first time in Paris, Louis Vuitton presents a dedicated café and chocolate shop (la chocolaterie) – “Maxime Frédéric at Louis Vuitton”. Located above the exhibition, the two spaces incorporate a vegetal setting lushly accented with tropical plants. Chef Pâtissier of the Cheval Blanc Paris, Frédéric translates Louis Vuitton’s signature motifs into a selection of patisseries, many of which are staged like objets d’art atop an undulating counter. La Chocolaterie comprises a curvilinear counter in natural oak surrounded by stacked trunks interspersed with niches to display the boxed chocolate creations. Once again playing with the Maison’s codes, Frédéric developed Damier-shaped tablettes, a chocolate marshmallow Vivienne, Monogram bonbons among other confectionaries. Similar to trunk making, these small pleasures entail a specialised savoir-faire and handcraftmanship. Frédéric is discerning about all raw materials, selecting vanilla and coffee beans from premium sources, while ingredients such as the eggs come from his own family farm in Normandy. From childlike and whimsical to full-bodied and sophisticated, there is a sweet creation for everybody.