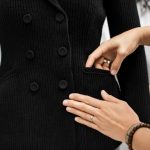 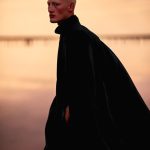 “To stop a man on the street and stand still while talking to him, is not so difficult difficult as to say something something to a passer-by passer-by in passing, passing, without standing still and without delaying the other, without attempting to persuade him to go the same way, but giving him instead an impulse to go precisely his own way.” –Søren Kierkegaard, Concluding Unscientific Postscript to Philosophical Fragments, 1846.

Sail with the stars, through uncharted waters, where no man has gone before. On the second stop of the Louis Vuitton Spring-Summer 2021 voyage, Men’s Artistic Artistic Director Director Virgil Abloh explores the unlimited seas of the imagination. Fantasy is the faculty of imagining the impossible. Embedded within our upbringing, the impossible impossible is defined de by societal societal notions notions followed followed blindly blindly from one generation to the next. The collection proposes an alternative to rationalism: in order to break the chain – to achieve the impossible impossible – the mind must journey journey into the subconscious subconscious and cross the borders of reason. Surrealism: an artistic movement concerned with twisting the norm, imbuing the familiar with new meaning, and making the ordinary extraordinary.

In August 2020, when the Louis Vuitton voyage set sails from Shanghai, the rambunctious stowaways known as Zoooom with friends travelled travelled in tow. Now, the crazy characters characters disembark disembark in Tokyo, stirring up their hypnotising parade of inclusivity and unity. Modelled by the local humanity of the port of call, the collection celebrates multiculturalism and the memory of a historic crosscultural exchange. In the 1960s, a musical dialogue between Jamaica and subcultural England manifested in the entrancing genre of ska, Louis Vuitton Men’s collection by Virgil Abloh Spring-Summer 2021 ‘Message in a Bottle’ Tokyo, September 2020. 11 eventually evolving into two-tone and ska punk. Uniting people of diverse backgrounds, it demonstrated the mind-bending powers of music and wove a wardrobe suspended between Jamaican dress and subcultural interpretations of British tailoring.

In its hereditary tapestry were Pan-African genetics partly rooted in the Kente cloth of the Ashanti Kingdom of Ghana, the birthplace of Virgil Abloh’s Abloh’s parents. parents. On his Spring-Summer 2021 runway, the influences influences come alive in a conversation between ancestral and urban tribes, boyhood memories and progress. The transition transition is supported supported by the designer’s designer’s upcycling upcycling ideology: ideology: from memories to materials, the collection recycles and upcycles the past and imbues it with renewed value for the future. Afrofuturism: the study of black identities in connection with technology, retro-futurism and futurism, which proposes concepts of de-alienation, escapism and peace.

The Dior Bar Jacket is reinvented in an unprecedented knit version