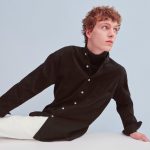 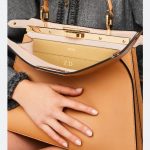 The title of the Fall-Winter 2020 collection, ‘Heaven on Earth’ is an image of the core values embodied by Virgil Abloh atLouis Vuitton: a dream world that transcends prejudice as an objective to inspire inclusivity and unity-in-diversity through his work. It is underpinned by the overarching philosophy of Black Imagination and the continual imbuement of Black representation within fashion, luxury and beyond. Shot in London, the campaign lends its platform to young creative talent from across the arts, featuring the likes of British actor Michael Ward and Ghanaian model Ottawa Kwami as part of its cast.

The collection studies the anthropology of the suit and the reprogramming of traditional dress codes. Virgil Abloh investigates the lifelong relationship formed by adolescent and young men with shirting and suiting in a material and gurative exercise in freedom, presented within the familiar constrictions of tailoring. The rm symbol of convention, trade and success, the tapered silhouette departs its corporate comfort zone. Twisted and turned, the dress codes of an old world are neutralised, re-appropriated and embraced for a progressive joie de vivre.

Black Imagination: The transformative process of rethinking and overturning the inherited and often unconscious expectations tied to Black identities through history, and creating an encouraging Black consciousness for the present and the future.

The utopian idea of ‘Heaven on Earth’ creates the framework for the Louis Vuitton Fall-Winter 2020 Men’s campaign. Photographed by Tim Walker, the images widen the collection’s surrealist lens through the metaphorical language of clouds. Applying his ongoing premise of Boyhood – seeing the world through the unspoiled eyes of a child – Men’s Artistic Director Virgil Abloh employs clouds as a symbol of freedom, unity and peace. Evading constraint, territory and possession, they are dreamlike bodies oating across a sky observed universally across borders and beliefs.

New Uniqlo U by Christophe Lemaire