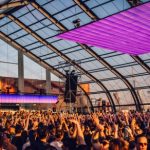 Louis Vuitton launches the new fragrance “Spell on You”

A sensual prolongation of the travelling spirit that has been the essence of the House since its founding, Parfums Louis Vuitton now unveils a new women’s fragrance inspired by the very rst of all journeys: emotion. In the original sense of the term: that which puts us in motion. Composed in Grasse by Louis Vuitton Master Perfumer, Jacques Cavallier Belletrud, Spell On You captures the excitement of lovers’ games. The delicious tension that arises when two lovers are drawn to one another like magnets.

The Game of Love.

Seeking. Finding. Surrendering, then shying away… and starting all over again. As a playground, amorous passion is an utter thrill. At once romantic and mischievous, carnal and jubilant, the latest perfume by Louis Vuitton captures the ambivalence of intimacy, wavering between sensuality and complicity. An ecstatic betwixt and between!

A passionate creator, Master Perfumer Jacques Cavallier Belletrud dedicates an irresistibly seductive fragrance trail to the woman who is “both romantic and a conqueror.” It is a scent that becomes one with its wearer, granting her a powerful force of attraction. Olfactory enchantment and a magnetic, haunting allure, as its name suggests. Spell On You: three heady syllables compose an unforgettable refrain. Like an invitation one simply can’t refuse. A hypnotic fragrance, Spell On You concentrates its charm right down to its colour: a simultaneously innocent and provocative pink, at once fresh and sensual. From start to finish, Louis Vuitton’s new women’s fragrance plays the card of seduction right on the line between spontaneity and sophistication.

An Ode to Iris.

Where there is love, there are flowers. Fascinated by their symbolism as much as the variety of their olfactory nuances, Jacques Cavallier Belletrud has made flowers his favourite creative territory. Today, he weaves the seduction of Spell On You around one of the most precious among them: the iris. A flower whose transformation into essences requires six years of patience. Three years underground, to develop all the facets of the scent contained in its rhizomes, and then three more years of drying before extraction: five tons are required to obtain one kilogram of absolute… “It’s like the finest varietal in a grand cru,” concludes the Master Perfumer, who marvels at its unrivalled appeal.