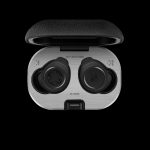 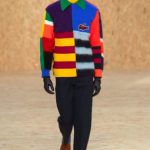 Collisions of time. What if all of the innumerable eras that nourish fashion could come together in the here and now? And what if, in the present moment, we could confront history with contemporary freedoms, staged for the pure pleasure of fashion? A clash of styles, unexpected pairings, subverted functions… Dressing without protocol.
Going from old to new and from unprecedented to patrimonial. Anachronism becomes an attitude. Testing one’s agility with respect to a wardrobe. This collection is like a sartorial tune-up in which personality takes precedence: everyone can pen their own history.

The 200 characters in the historic grandstand are the work of Milena Canonero, Stanley Kubrick’s Designer of Costumes, who worked on “A Clockwork Orange”, “Barry Lyndon” and “The Shining”. Some 200 characters range from the 15th century to 1950.

The music was composed by Woodkid and Bryce Dessner. The piece’s title, “Three Hundred and Twenty”, refers to the number of years between the various movements referenced in a baroque composition injected with minimalistic, repetitive musical verses. It resurrects Nicolas de Grigny, a contemporary of Bach who never won the recognition of his peers, and never played at the Louvre. In fitting with this clashing of times, today – centuries later – we are listening to Nicolas de Grigny at the Louvre.