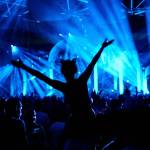 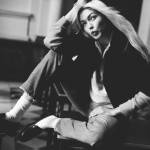 At the inaugural Paris+ par Art Basel, a major new contemporary and modern art fair, Louis Vuitton continues its longstanding commitment to the arts by exhibiting a curated selection of creative collaborations and original artworks from leading international artists.Louis Vuitton will exhibit 43 works by a curated ensemble of the world’s most-renowned artists as part of the inaugural Paris+ par Art Basel art fair, held at the Grand Palais Éphémère in Paris from 19th to 23rd October. Standout artist collaborations on display in the Louis Vuitton booth include a Van Gogh silk scarf by Jeff Koons, a branded skateboard by Stephen Sprouse, and a travel trunk reworked by Cindy Sherman. Further original artworks on show include a wax figure of Yayoi Kusama by the artist; a panda figure sculpture on a vintage Louis Vuitton trunk by Takashi Murakami; paintings by Richard Prince, and Alex Katz, and a photo by Jean Larivière. Going further back in time, unique original designs for trunks commissioned by Henri Matisse and Francis Picabia in 1909 will also be presented. © Martin Colombet

Louis Vuitton will showcase its now iconic Artycapucines Collection. Since 2019, the collection has seen leading international artists – including Alex Israel, Beatriz Milhazes, Vik Muniz, Henry Taylor, Donna Huanca, Zeng Fanzhi, Urs Fischer, Zhao Zhao, and Tschabalala Self – bring their unique creative visions to the blank canvas offered by the Capucines bag’s modern classic design. At Paris+ par Art Basel, all the bags in the collection will be on show in one place for the first time. By participating in the inaugural edition of Paris+ par Art Basel, the Maison confirms its close and committed relationship to the arts, one that started nearly a century ago when Gaston-Louis Vuitton, the grandson of the Maison’s founder, began commissioning artists to collaborate with the Maison on advertisements and perfume bottles. Since 1988, Louis Vuitton has continued this legacy by collaborating with some of the biggest names in modern art and design, including Sol LeWitt, James Rosenquist, Cesar, and Olafur Eliasson and curating exhibitions by artists such as Sophie Calle, Dan Flavin and Francesca Woodman in its instore galleries. In 2014, the Maison opened the landmark Frank Gehry-designed Fondation Louis Vuitton in Paris, reaffirming its continuing mission to bring the best modern and contemporary art to new audiences.  Louis Vuitton will present during Paris+ by Art Basel, which runs 19th -23rd October 2022 at the Grand Palais Éphémère, 2 Place Joffre, 75007 Paris, France.