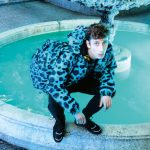 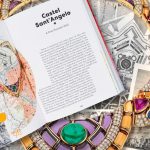 A city: wherever you want

A Cruise Collection, inspired by a stationary journey. A contradiction, but not a burden. Rather a departure inwards, when time is providential. To explore one's own territory of style-driven emotions, memorable colours, enthralling cuts, curated wardrobe expertise. Time for the designer to encapsulate his elective affinities. Time for creative contemplation to rediscover oneself.

Assert that fashion is a game. Game On, or creative freedom playing with canvas, mingling lines between the Monogram flowers and four suits of a card deck. In this fantasy of illusion, clubs bloom, spades pierce, diamonds sparkle, and the almighty heart reigns. The Monogram plays its ace on the House's most iconic accessories. It expresses a particular art of living that keeps the trunk-making heritage alive. It's the symbolism of a deck of cards, the traveller's loyal companion, entertainment cultivating togetherness. Game On is a lighthearted adventure in which all of the House's spheres of expertise play a role, driven by passionate craftsmanship, their winning card.

With the 2021 Cruise Collection, Nicolas Ghesquière, Louis Vuitton Women’s Collections Creative Director, invites us on a very personal journey. The designer's time: his past, present, and endless possibilities for the future.

“I looked somewhere that has been calling out to me for a long time, somewhere I hadn’t taken the time to go back to. To uncover one inspiration after another. This is an exploration of my creative identity.” Nicolas Ghesquière.