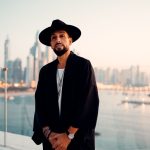 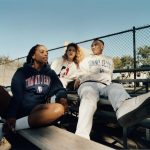 Hailing from the Apennine Mountains in central Italy, loucb (pronounced lʊ/si/b) is the resident of conceptual Dutch design space Droog and Utrecht-based unconventional radio platform Stranded FM, where he runs his radio show called Mägitee. Specifically, Mägitee means “mountain road” in Estonian; a language that he has chosen following a short, yet emotionally packed, trip to Tallinn’s revered modern cultural center Hall. Mountain roads represent a space which, at the end of the path, he always feels to have grown with spiritually when he started his walk. He feels one with the world, and one with himself, at peace. Maybe that’s because he was born at a high altitude, and those breezy paths remind him of his origins. Indeed, he feels like a bit of a nomad, having continuously moved around and lived in seven countries and ten cities throughout Europe and California.

With his shows, he tries to reconnect with himself, reality, and ether, aiming to replicate that feeling of growth while hoping for his sets to be used as an instrument to settle down, relax, elevate, and then move, sway, express. Dreams represent for him the most valuable, yet free, an intangible asset that we are presented within our existence. Though, sometimes, we feel it is impossible to reach them and, consequently, feel like letting them go because of anxieties, stress, and loss of confidence. His sets stand for that spark that can re-fuel the hunger that drives us, makes us who we are, and gives us the strength to fight for our vision.

Check out his mix on our soundcloud page : loucb | Numéro Netherlands

IN CONVERSATION WITH FIVE HOTELS AND RESORTS’ MUSIC DIRECTOR, SAM STARKS – ON THE SOUND OF FIVE, AND EUROPE’S HOTTEST NEW LAUNCH, FIVE ZURICH