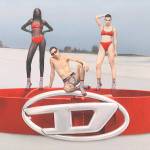 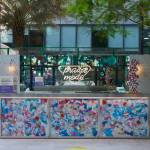 In recognition of the 12th annual International Anti-Street Harassment Week (April 3-9, 2022), L’Oréal Paris reveals the results of an unprecedented global social impact survey with research partner Ipsos. It highlights the positive impact of L’Oréal Paris’ Stand Up Against Street Harassment training program. Launched in March 2020 in partnership with the NGO Right To Be (formelly Hollaback!), this global initiative has already trained700,000 people how to safely combat street harassment with Right To Be’s 5Ds methodology. In 2022, L’Oréal Paris has accelerated its commitment to combating street harassment by aiming to train 1.5 million people by the end of the year. To continue to support this effort, the brand’s global spokesperson Eva Longoria is featured in a new awareness video, sharing a short masterclass to encourage everyone to get trained.

Program on People’s Daily Lives The social impact survey revealed that the Stand Up Against Street Harassment program has empowered trainees1, giving them the tools and power to walk confidently in the streets. Stand Up trainees report that they are now able to better identify street harassment and feel more prepared to intervene against it than the general population. The survey highlights the incredible power the Stand Up training can have on shifting witness’ attitudes, and safely taking action. Key findings include:

– 97% of Stand Up trainees feel more empowered to intervene when witnessing street harassment compared to before their Stand Up training.

– More than 9 out of 10 Stand Up trainees are convinced they could do at least one thing to combat street harassment if they were to witness it (v.s 67% in the general population).

– After getting trained, people who experience street harassment personally tend to feel less vulnerable (19%), scared (20%), uncomfortable (46%) and anxious (25%) than when they experienced such a situation before getting trained.

Delphine Viguier Hovasse, Global Brand President, L’Oréal Paris says, “Street harassment goes against the values of women empowerment, at the heart of L’Oréal Paris’ DNA. We are proud to see that in a short window of time, our Stand Up Against Street Harassment training program has had such a positive and concrete impact on women’s daily lives. We encourage everyone to get trained and spread the word. With Stand Up, all women can recognize their self-worth.”

The brand continues to encourage everyone to get trained to the 5D’s methodology developed by Right To Be(formerly Hollaback!) via the dedicated Stand Up website and to share the word with the #WeStandUp hashtag. L’Oréal Paris spokesperson Eva Longoria has taken on a leading role in this initiative with a new awareness video. In a didactic and upbeat style, Eva Longoria walks trainees through Right To Be’s 5D’s methodology (Distract, Delegate, Document, Delay, Direct), which are 5 simple but impactful actions designed to safely combat street harassment.