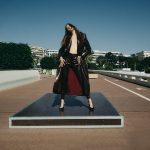 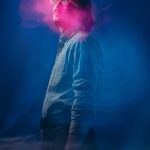 BigCityBeats WORLD CLUB DOME returned to the Deutsche Bank Park in Frankfurt to celebrate Europe’s major club music event. Over 180,000 electronic music fans from over 70 countries were welcomed for a 3-day music marathon featuring some of the world’s biggest electronic music acts, living up to the promises to yet again be a magical highlight of an already unprecedented festival season.

WORLD CLUB DOME transformed the Deutsche Bank Park into ‘the biggest club in the world’. Sports fields turned into helicopter landing pads, flying in major DJs such as Steve Aoki, Robin Schulz and Timmy Trumpet who then began to go down the “walk of fame”. Together with BiaCityBeats CEO and WORLD CLUB DOME creator Bend Breiter. Both walked towards their WORLD CLUB DOME stardom and signed it, a moment full of excitement where every face you looked at had a smile.

The line-up was truly incredible! 25 different stages featuring over 200 world-renowned headliners such as David Guetta and MORTEN. to NERVO, Deadmau5, Sven Väth. Steve Aoki, Loco Dice, Honey Dijon, Angerfist, Infected Mushroom, and so many other names across the electronic music spectrum.

On Saturday, WCD Pool Sessions gave visitors the chance to take a refreshing dive in the pool, while enjoying the signature hard-hitting tunes of Jamie Jones. Robin Schulz took the outdoor mainstage while Timmy Trumpet made the masses go wild with his incredible beats. “A lot of people have ideas. Bernd makes dreams come true” savs Trumpet. The legendary DJ Snake closed down the mainstage for the very first time. impressing his fans with breathtaking laser- and fire-shows, putting on a high-level performance like no other

On Sunday, WORLD CLUB DOME exceeded all expectations and fans loved it. The outdoor mainstage presented a hip-hop takeover with a fine selection of Germany’s best hip-hop acts such as Sido, Kool Savas, Haftbefehl, and Juju, followed by a banging finale by none other than the iconic Scooter. Meanwhile WCD Pool Sessions saw a takeover from Cocoon with Sven Väth and Masquerade with Claptone. These 3 memorable days came to an end with an unforgettable closing show where David Guetta gave 60.000 visitors a performance of a lifetime leaving WORLD CLUB DOME fans eager and excited for coming editions.

Numéro NL is already looking forward to the “Winter Edition” of the BigCityBeats WORLD CLUB DOME on December 16th and 17th. 2022 in Düsseldorf. The Frankfurt return of the “Biggest Club in the World” is also already scheduled, as the “Atlantis Edition” is set to take place from June 9th to 11th. 2023 in Frankfurt. Further details and earl bird tickets on both events can be found at www.worldclubdome.com.

The Deutsche Bank Park is enthroned on green meadows, surrounded by blue water, framed by picturesque forests. Every year on the first weekend in June, BigCityBeats transforms the urban archipelago of the Deutsche Bank Park into the Mecca of club music culture. 2022’s edition will see Las Vegas move to Europe as BigCityBeats recreate a Las Vegas atmosphere in the middle of Frankfurt. BigCityBeats WORLD CLUB DOME will be transforming 700.000 square meters of land into a new city district for three days. There are Las Vegas wedding cathedrals inviting visitors to attend the biggest weddings featuring over tens of thousands of festival groomsmen and women, and the unforgettable gigantic MainStage placed in the middle of the stadium will create the largest dance floor in the world.

Label, radio shows, event and festival agency, merchandise distributor, live entertainment – BigCityBeats has been one of Europe’s most successful event brands for over 17 years. Bringing you the sound of the metropolises, BigCityBeats has quickly established itself as a global music platform following its catapult launch at the beginning of the new millennium, revolutionizing event experiences and redefining event production. From the big city to the world, and from the world to the universe, BigCityBeats has travelled from Frankfurt am Main to Düsseldorf, Asia, the Caribbean, Hollywood, and ultimately into space – where Bernd Breiter built the 1st “club” in space together with the ESA. With a performance from ESA astronaut and ISS commander Luca Parmitano, BigCityBeats and ESA broadcasted the 1st ever DJ set from space to the BigCityBeats WORLD CLUB DOME Cruise Edition in 2019, doing something no other festival has ever done before.

WHEN IN CANNES DURING FESTIVAL DE CANNES 2022 | UNRAVELLING

In Conversation With Status Zero