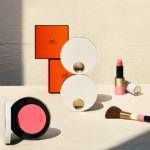 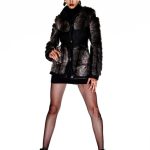 LOEWE PRESENTS THE WOMEN’S FW21 PRESENTATION: “A SHOW IN THE NEWS “

Since the confinement measures and movement restrictions do not allow fashion shows to be held in the traditional format, and wanting to shy away from digital presentation formats, LOEWE and Jonathan Anderson have chosen to showcase their new collection through print media: a worldwide newspaper supplement in a selection of high-circulation publications, in order to reach a wider audience than just the fashion insiders. Giving continuity to the idea of naming one of his presentations last summer "Show In A Box", another evocation on paper that replaced the fashion show that could not be, Jonathan Anderson has baptized this initiative as "A Show In The News".

A Show in the News contains images of LOEWE's upcoming looks. The design has been done by LOEWE and Jonathan Anderson's regular collaborators, M/M Paris. The photos are by photographer Fumiko Imano with model Freja Beha Erichsen, and reflect LOEWE's RTW and Accessories collection for next fall, which will go on sale at LOEWE stores and loewe.com starting next August.

Alongside the images, LOEWE's supplement comes together with an excerpt from acclaimed novelist Danielle Steel's latest book, The Affair. Her inclusion here references the literary tradition of famous works published as newspaper serials in the 19th century by such ﬁgures as Charles Dickens and Alexandre Dumas. Today, Steel remains the world's most successful living writer in publishing, with 800 million copies of her 180 novels sold. Her latest work, which makes no direct reference to either Jonathan Anderson or LOEWE, but takes place in the context of the fashion industry and its heroine is the director of a ﬁctitious fashion publication.

The Women's Fall-Winter 2021 runway collection is a total statement, saturated with shape and color and exaggerated to the max. It highlights an explosive palette of bright hues and acrylics juxtaposed in graphic compositions, forming abstract silhouettes that swirl around the body, cover it completely and even sprout from it. Geometry is the protagonist, both in the silhouette and in the surface treatment.

Color block ankle boots with lug soles, some with pleated buckles and others with ankle bracelets add an electric shock to the collection. The multi-faceted Puzzle bag comes in colorful stripes, the Flamenco XL clutch in bright shades and the new Goya bag with a soft calf flap, showing a strong and defined line. TheAmazona bag – first launched in 1975 and now considered the quintessential LOEWE bag – captures the spirit of this season through calf nappa leather and jacquard variations of the house's logo.