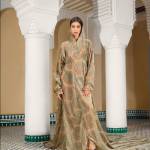 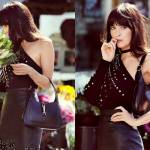 Body, mind, object: the new LOEWE SS23 men ́s campaign, shot by David Sims, explores a liminal zone between the staged and the introspective, human personality and crafted item. Drawing suspended, slightly puzzling scenarios that entice and engage the gaze of the viewer, the campaign is a quest for meaning that luxuriates over the details.

The image series comprises both portrait-like and still life compositions, and openly borrows from and makes references to the work of British still life and portrait painter William Nicholson (1872-1949) and the oeuvre of American photographer George Platt Lynes (1907-1955). Although clear, the references are also mixed, blurred, stirred, following creative director Jonathan Anderson’s penchant for unexpected associations.

Protagonists of the images are LOEWE ambassadors Josh O ́Connor and Stéphane Bak, just as much as the Amazona 15, the Puzzle and the Fold Shopper are central to the still life compositions: subjects that draw in, activating a narrative that’s hidden in the shadows and what’s not immediately apparent.

In the still lives, the way William Nicholson played with everyday objects, with lights, distortions and reflections comes to the fore as antique objects and contemporary sculptures in age-worn marble or delicately molded wax dialogue with the expert craftsmanship of LOEWE items.

Eyes dreamy, pensive, or fixed on something one does not see, they invite the viewer to enter their thoughts, delving beyond the physical into the psychological, celebrating the power of photography to both represent reality and ignite imagination.

DAILY PAPER RETURNS TO MOROCCO FOR ITS SPRING/SUMMER 2023 LOOKBOOK