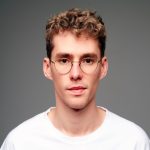 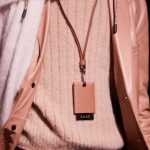 With the American super-top model, the brand unveils a new communication system that will stay on throughout 2020.

Music used to be listened to with a Walkman, social media were a distant reality, fashion was about to change forever. It was 1995, and Liu Jo made its debut on the fashion scene, staking everything on its future and looking to the contemporary world in a distinctive, characterful way. A simple yet innovative intuition was behind all that: creating something that could make women be themselves, at all times, supporting them every day.

What has happened since is the story of a brand that has traced its international journey over the years, in a very distinctive manner, and that nowadays – in 2020 – celebrates an anniversary, more a matter of values than a matter of age, something that is an achievement but also marks a new beginning.

#Bornin1995is the hashtag that tells about Liu Jo’s new communication system, which in 2020 will feature an undisputed contemporary icon, Kendall Jenner, a super top-model and a global influencer that will be the star of a new dimension of communication; for a whole year, her face and her personality will be at the centre of a project that will go beyond the boundaries of a ‘mere’ campaign and will turn into a 360-degree, universal message for today’s 25-year-olds, who can find a daily ally in Liu Jo that can help them feel strong,  beautiful and more and more empowered.

Kendall, chosen for her powerful influence on the media and for her closeness to the brand in terms of age and symbols – she was born in 1995 herself –, is an ideal ‘bridge’ between the past, the present and the future of the brand; in her coolness, she seems to have taken over from another great contemporary icon, Kate Moss, who, with her timeless allure, has been the face of the brand for such a long time, in an ideal game that seems to shift “from Kate to Kendall”.

Kendall is a magnetic 25-year-old girl that perfectly encloses a double soul – the more genuine rock one and the chicer, more feminine one – just in the same way as Liu Jo tells about the different sides of every woman, moving from denim to the main collections. Her photos work on the brand’s positioning and values, and go hand in hand with parallel contents that have ben specifically developed for the digital word: on one side, a more ‘classic’ multimedia campaign that strengthens the bond between Liu Jo and its most loyal consumers; on the other side, a new digital dimension, specially made to ‘talk’ with those young women that are now the future of the brand. With its powerful influence on the media and her pure glamour, Kendall is a real icon for the younger ones and is now the face of a brand that speaks with the voice of Generation Z, while sticking to its values: #Bornin1995, but ready to rise to the challenge of the future.

In conversation with Lost Frequencies