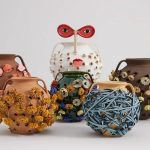 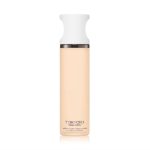 British singer-songwriter Laura Mvula, known for her international hit ‘Green House’, returns to the spotlight after five years with the release of her forthcoming and highly anticipated album 'Pink Noise'. As a preview to her album, the 'MOBO' award-winning singer releases two musical remixes of her brand new hit single 'Church Girl’.

None other than French Disco expert Dimitri From Paris and British DJ and producer Romare produced the remixes. The official remixes, made in collaboration with Google Nest, are out today and can be listened to here.

Speaking about the collaboration, Laura Mvula said: “When I was writing my new album I knew I wanted to create something that made me want to dance, so curating the Dance remix for Nest Sessions felt like a very natural extension of that. Like all great disco music, the feel-good vibe always gets me moving so I hope it does the same for you too. When the dancing's done and you're ready to relax, the laidback beats of the Chilled remix are perfect for chilling out with friends at home or winding down after a busy day. Each ofthese new remixes bring a completely different energy to Church Girl, so no matter how you're feeling there's a flavour for you.”

The remixes can be played through any smart speaker or display with Google Assistant function. The videos can also be found on YouTube.