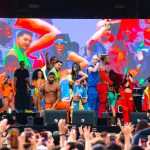 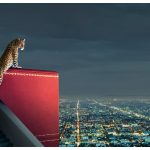 This summer marks the last ever Boiler Room stage at Dekmantel Festival. Broadcasting live in the Amsterdamse Bos from the 5th to 7th August, Boiler Roomand Dekmantel have curated a programme filled with big BR debuts, some of the Netherlands’ best newcomers and as well as inviting back some familiar faces who we have shared special moments with over the years.

The billing includes performances from 20+ artists, with some of those familiar faces including Palms Trax who closed the festival in 2019, Safe Trip founder Young Marco, Berghain resident Marcel Dettmann, and T4T LUV NRG’s Eris Drew who will be bringing the energy of the Motherbeat and SHERELLE who’s had one of the most notable BR streams in recent years.

Salon des Amateurs resident Lena Wilikens, BFDM’s OKO DJ, trailblazing DJ Josey Rebelle, Brazil’s OMOLOKO, one of the scene’s brightest stars Anz, Brooklyn-based DJ Akua who has become quickly known for her blazing sets and East Coast selector Dee Diggs who runs the House Of Diggs parties in New York will all be returning to the platform. There will be not-to-be-missed back-to-back sets from BR staples Call Super and Objektas well as DJ Python and Phillip Jondo, and Juliana Huxtable and JASSS – both pairs will be playing together for the first time.

IN CONVERSATION WITH ANITTA

CARTIER ANNOUNCES NEW LOCATION OF ITS’ BOUTIQUE IN THE P.C. HOOFSTRAAT