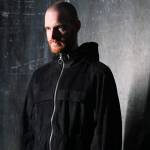 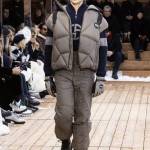 Creation, exhibition, transmission: le19M plays multiple roles. Working to preserve and share the art of fashion and decoration, this new venue founded by CHANEL is located between the 19th arrondissement of Paris and the Porte d’Aubervilliers. A veritable temple of craft excellence, le19M brings together under one roof eleven Maisons d’art, an embroidery school, the Maison ERES, and laGalerie du 19M, a multidisciplinary space open to the general public since January 2022.

Following the fashion show of the CHANEL Métiers d’art 2022/23 collection, presented on 6 December 2022 in Dakar, Senegal, le19M is taking a new step by launching its first international programme there. While the influence of Dakar is recognized on the international cultural and creative scene, the entire country of Senegal is replete with artisanal expertise, a heritage to which le19M is particularly sensitive. Thus, from Thursday 12 January 2023 and for several months, le19M is setting up an off-site gallery in Dakar with the help of the Institut fondamental d’Afrique noire (IFAN) on the site of the Musée Théodore-Monod d’art africain.

Free and open to all, la Galerie du 19M Dakar celebrates the richness and  diversity of embroidery and weaving crafts. Entitled Sur le fil (On the thread), its programme is woven from the thread of a story that combines these two crafts with  other artistic disciplines such as painting, photography, or installation,  showcasing the creative wealth of Senegal and the humanistic values of its arts and crafts. Between contemporary creation and traditional savoir-faire, it consists of a  collective exhibition, a programme of talks, events, and participative workshops.

In the exhibition, works and installations across different media, created by  numerous contemporary artists working with textiles—some of them in collaboration with le19M’s Maisons d’art—are presented in dialogue with heritage pieces from the collections of the Musée Théodore-Monod d’art africain. Alongside these exhibits, dozens of craftsmen are producing new works in situ, before the audience, and leading participatory workshops led by guest artists in residence.

The aim of la Galerie du 19M Dakar is to showcase priceless artisanal skills to the broadest possible audience, to reassert the value of handicrafts, to encourage their dissemination, and to spark vocations among the general public, schoolchildren, students, families, and lovers of craft. The gallery’s programme was conceived by an editorial committee composed of Senegalese creative figures or experts of its artistic scene.

la Galerie du 19M Dakar is the guest of honour of the 11th edition of Partcours, an annual cultural event that brings together 30 spaces of both art and craft in Dakar during the first two weeks of December. Created in 2012 by RAW Material Company and Atelier Céramiques Almadies, Partcours is a synergistic event which brings together gallery owners, artists, and the public, inviting them to discover Dakar’s different districts in a new light.

“This 11th edition is undoubtedly one of the most accomplished we have had in the course of our long journey: each space has demonstrated a deep artistic commitment, contributing to the maturity of the event. In this spirit, we are delighted to welcome la Galerie du 19M Dakar into our circle of friends. We are convinced that its vitality will bring a new energy to the event’s structure in the long term.” – Mauro Petroni, initiator and coordinator of the Partcours

The new works and collaborations will later be exhibited at la Galerie du 19M in Paris/Aubervilliers in 2023. This reactivation will give the modules shown in Dakar the opportunity to be presented to the public of Greater Paris and Seine-Saint-Denis thereby continuing to weave a creative dialogue across borders.

“The launch of la Galerie du 19M Dakar coincides, almost to the day, with the first anniversary of the inauguration of la Galerie du 19M in  Paris /Aubervilliers and its opening to the public. This first international programme speaks to the renewed interest of professionals in fashion savoir-faire—supported for nearly forty years by CHANEL—as well as to a new popular fervour for handicrafts. Over the course of 24 weeks, we welcomed nearly 20,000 visitors, which is an achievement for  subjects that are often little-known and a venue which is only beginning to find its audience. We are grateful to the IFAN Musée Théodore-Monod andto the Senegalese authorities for welcoming us here, in the heart of the Plateau district of Dakar, to celebrate the creative dialogue between embroidery, weaving, and contemporary creation.” – Bruno Pavlovsky, President of CHANEL SAS and President of le19M

IN CONVERSATION WITH HUMAN SPACE MACHINE