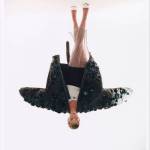 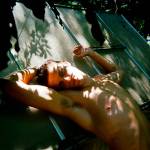 From Saturday 24 December, Kunsthal Rotterdam will be presenting ‘Women’s Palette 1900 – 1950’. The exhibition presents the ground-breaking work of twenty four Dutch women artists who lived and worked in the vanguard of modern art during the first half of the past century. Over a hundred works by, among others, Charley Toorop, Lou Loeber, Else Berg, Jacoba van Heemskerck, and Charlotte van Pallandt will come together at the Kunsthal. What binds these artists is that they were all ambitious and talented women with a penchant for innovation. The exhibition not only sheds light on their work, but also on their lives, showing what choices they had to make and which opportunities and obstacles they encountered on their paths.

The exhibition places the work of these artists in the context of its time and shows the (im)possibilities they had to deal with in a male-dominated artworld. Women were only allowed to attend art academies from 1871, and it would take another twenty-five years after that before they were also allowed to paint after nude models. Despite the restrictions, many women still managed to carve out a niche for themselves in the company of their male colleagues. Charlotte van Pallandt, for instance, was one of the first women artists to focus on sculpture and is now regarded as one of the leading Dutch sculptors of the twentieth century. And Lotti van der Gaag was a fully-fledged member of the Cobra movement, even though this was only acknowledged many years later.

Deviating from the norm

The artists in Women’s Palette were all part of the Dutch avant-garde and focused on experimental, new movements like expressionism, cubism and Cobra. Through their artistic work and professional careers they challenged the prevalent idea that women were only able to paint ‘charming’ subjects, like landscapes and still lives, as a pastime. The paintings by Jacoba van Heemskerck and Pau Wijnman, for instance, consist of colourful, abstract shapes from which visible reality has all but disappeared. And Charlotte van Pallandt’s powerfully sculpted heads and Lotti van der Gaag’s sculptures – characterised by cut-away shapes and fantastical names – also demonstrate that the artists deviated from the norm. For many of these artists, social injustice was a recurring theme. Charley Toorop and Anneke van der Feer, for instance, captured the tough lives of working class people in their art, while Nola Hatterman focused on the emancipation of Black people.

Many of the artists featured in the exhibition travelled abroad, for instance to Paris, where they experienced more freedom than in the Netherlands. There they made new contacts and had more opportunity to experiment with new styles. For many women, however, it was difficult to combine their career as a professional artist with having a family. They were forced to make clear choices when it came to having relationships, and many of them therefore made a conscious decision to remain unmarried, childless, or to get a divorce. “It always boils down to that: the struggle between love and work. It is almost impossible to have both,” said Charley Toorop.

IN CONVERSATION WITH LILI REINHART

IN CONVERSATION WITH TARAS ROMANOV