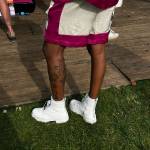 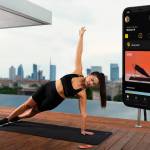 This autumn at the Kunsthal you can immerse yourself in the fantastical imagination of one of the world’s most inventive fashion photographers: Tim Walker (1970). The compelling exhibition Tim Walker: Wonderful Things celebrates his rich imaginative power. With elaborate and often surreal sets, his photographs transport the visitors to enchanted worlds. Tilda Swinton, Grace Jones, Grayson Perry, as well as many other muses and models, feature in this largest-ever exhibition about Tim Walker – with over 150 new works inspired by the collection of the Victoria and Albert Museum (V&A) in London.

At the heart of the exhibition are ten new photographic series that are directly influenced by the treasures in the V&A’s huge collection. The wide-ranging and eclectic collection of this museum for art and design is a source of inspiration for Walker. Together with conservators and archivists, he roamed the impressive galleries, depots, and hidden nooks and crannies of the museum in search of objects to spark his imagination. Along the way he encountered luminous stained-glass windows, vivid Indian miniature paintings, jewelled snuffboxes, erotic illustrations, golden shoes, and a 65-metre-long photograph of the Bayeux Tapestry, the largest photograph in the museum’s collection. These and many other rare objects inspired Walker’s monumental photographs in the exhibition.

Important themes in Tim Walker’s work are nostalgic childhood memories and his love of nature, while subjects like identity and emotions are central to the exhibition as well. Walker wants to embrace diversity with his work.

“I’m interested in breaking down the boundaries that society has created, to enable more varied types of beauty and the wonderful diversity of humanity to be celebrated.”- Tim Walker

Marianne Splint, director of the Kunsthal, explains: “We are delighted that this compelling anniversary exhibition – the Kunsthal will be 30 years old on 1 November – will once again enable us to show the work of an iconic fashion photographer to the Dutch public. It is amazing that we can offer visitors an opportunity to immerse themselves in Walker’s unique imaginative world. We are very much looking forward to this wonderful collaboration with the Victoria and Albert Museum in London and Tim Walker Studio.”

The exhibition opens with a white gallery that presents more than a hundred iconic photographs from Walker’s earlier projects, as well as fragments from his Super 8 films. Through personal texts, Walker draws the visitor into his thoughts and sources of inspiration. In the 1990s, Walker became famous for his unique approach to visual stories for which he created surreal, lavish, humorous, and poignant images, blurring the lines between fantasy and reality. The photographs are populated by some of the biggest names in fashion: models like Edie Campbell, Lindsey Wixson, and Stella Tennant, and designers and fashion houses like Alexander McQueen, Balenciaga, Comme de Garçons, and Viktor&Rolf. Walker’s points of reference are extremely diverse – from fairy tales to lyrics by The Beatles.

At the same time his photographs also possess a unique sensibility. He avoids using Photoshop and prefers beautifully crafted physical sets and awe-inspiring locations – from Myanmar to Japan and Mexico. The inventive fashion stories are shown alongside portraits of luminaries such as Sir David Attenborough, Margaret Atwood, and David Hockney, and a variety of models and muses, including Tilda Swinton, Cate Blanchett, Björk, Claire Foy, Solange Knowles, Kristen McMenamy, and Kate Moss. The first part of the exhibition is concluded by ‘The Chapel of Nudes’ which is dedicated to nude photography and includes a selection of male nudes.

Together with objects from the V&A’s collection, the ten new photo series Walker made will be shown in various imaginative rooms – rich with texture, colour, and sound. For the ‘Illuminations’ series Walker took inspiration from sixteenth-century stained glass panels and a manuscript that was originally made for the Duchess of Brittany in the 1470s. The monumental photographs are presented in a dramatically dimmed room that is reminiscent of a cathedral. For ‘Pen & Ink’, Walker took the whiplash graphic lines of Aubrey Beardsley’s provocative illustrations from the 1890s as a starting point. A green velvet-clad room displays some of Beardsley’s best-known works, leading into a stark white photographic studio, filled with ten photographs that capture Walker’s witty take on Beardsley’s masterpieces. In ‘Cloud 9’, among other things inspired by sixteenth-century watercolour paintings featuring Krishna and Indra, Walker pays tribute to the vibrancy, mysticism, and rich narrative traditions of India.

Exhibited in a room filled with transportation crates, the photo series ‘Handle with Care’ is an ode to the V&A’s textile conservators who take care of the museum’s authoritative fashion and textiles collection. In a subsequent room, decorated in vibrant yellow, Walker muse and actress Tilda Swinton is portrayed wearing a gold turban for the photo series ‘Why Not Be Oneself’, inspired by objects that once belonged to her distant relative, the poet Edith Sitwell. Apart from the many famous faces, Walker’s new photographs are populated by a diverse cast of up-and-coming performers and models, celebrating beauty in all its forms.