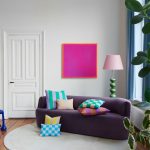 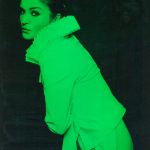 Hailing from Canada, King Lindo has called New York home since 2014, working in the fashion industry as an international model. In 2018 he discovered his passion for DJ and hasn’t looked back since. When it comes to music, he prides himself in bringing the VIBES, fusing the best of Disco, House, Hip-Hop, and everything in between. It’s his mission to get you up out of your seat and on the dance floor. King Lindo started DJing in 2018, but it wasn’t until early 2020 that he showcased himself in public. His style can best be described as sexy, funky & upbeat, and right now he’s currently learning how to produce his music. We asked him what are the top three tracks that never leave his DJ bag were, and the response was: The Wrap Around – Dam Swindle, Love Somebody Else – Maceo Plex, and Come With Me – Black Coffee. We also asked him about his take on the connection between fashion and music; “I feel like now more than ever in the fashion industry, brands lean more toward using models in their campaigns who have other passions outside of modeling. Social media has been a great way to promote that I DJ, and I think clients notice that. I also think that parties and events give people excuses to dress up”. He dreams of playing a set at the Brooklyn Mirage, a party on the beach in Mykonos or Ibiza, or maybe at a party in the jungle somewhere like Tulum. Stay tuned for his upcoming EP!

Check out his mix on SoundCloud !

IN CONVERSATION WITH HELENA CHRISTENSEN