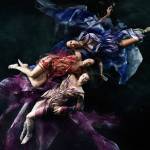 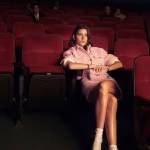 Designed by Scott Ramon Seguro Mescudi, also known as Kid Cudi, Members Of The Rage is a Ready-To-Wear collection for outsiders everywhere, designed in Los Angeles and Made In Italy.

“Members of the Rage started off as this idea for a movie that I want to write, and I’m probably still going to write it at some point. It’s about a band of survivors that get together to stop an alien invasion. The survivors are like rebels – they’re all outcasts from society,” says Mescudi.

Spawned from the cinematic machinations of a performer’s interior universe, the debut collection for Fall Winter 2023-24 is an exercise in character-building through freedom of expression. A deeply narrative approach to fashion sees the utopian dreamscape of futurist fiction adapted to the vocabulary of the street. “It’s a fusion of 90s grunge, hip-hop, and a futuristic style. I’m inspired by the misfits – individuals that go against the grain. It’s my DNA – it’s very personal, and the pieces reflect me in every way from how I dress everyday to my hair colors or the nail polish I wear, ” says Mescudi.

Embracing a vibrant color card of vermillion and cobalt, candy pink, sky blue, black, sand and safety orange, the collection is an unprecedented exploration of decades and destinations – from the casual to the theatrical. A postmodern approach to archetypes sees twisted classics like biker pants, perfectos and varsity jackets emblazoned with custom Boy Scout-inspired MOTR patches, and carpenter pants or puffer gilts awash with digital print waves and forest landscapes. Shag-pile coats and jackets are an anthropomorphic ode to Cudi’s dog, Nino. Tailoring and denim are recontextualised as canvases for dégradé crystals or astronaut quilted sleeves and collars, whilst theatrical expressions of ‘flou’ appear in bursts of tulle and sequined skirts encrusted with print satin pleats.

In homage to Kurt Cobain, an identical replica of a destroyed stripe sweater appears alongside a floral tea dress, establishing key motifs that return throughout the collection in knit and jersey and overprinted rib cotton tops. Created in collaboration with the Japanese designer Nigo, the Members Of The Rage logo is an unapologetic ode to ‘gamer’ culture, featuring a stylized UFO beaming extra-terrestrial waves down to Earth. The storytelling unfolds from head to toe, from Davy Crockett trapper caps in raver faux furs, lightning bolt shades and Steve Urkel opticals, to freaked-out, souped-up slipper kicks with ripstop nylon paneling and fleece or elastic lacing.

The Members Of The Rage Fall Winter 2023-24 collection is presented in an hôtel particulier in the 8th district of Paris during Paris Men’s Fashion Week, with a scenography designed by Alaska Alaska in collaboration with PlayLab, from an original concept by Mescudi. A psychedelic landscape of astroturf, surreal checkerboard ceilings, and pink Haussmannian walls is an irreverent homage to the designer’s own LA dressing room – a personal playground for fashion that affirms the joy of dressing-up (from morning to night) in perpetuity.

THE FUTURE IS NIGH!