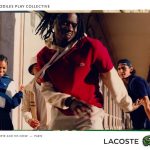 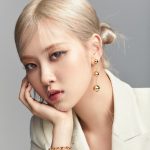 Who better to embody Joie de Vivre than the Hollywood star with the world’s most radiant smile? In the 1990s, Julia Roberts became one of the most accomplished actress. Filmmakers and audiences around the world fell under the spell of her contagious laugh. After a series of movies that marked the decade, Julia Roberts was awarded the Academy Award for Best Actress in 2001. Equally acclaimed by critics for her roles in romantic comedies as well as in dramas, this true film legend was welcomed to the Cannes Film Festival in 2016 with a sense of honour and emotion. The first time she strode up the famous steps of the Palais de Festival in Cannes – barefoot and wearing an off-the-shoulder black dress highlighting a Chopard Haute Joaillerie emerald and diamond necklace – has become the most memorable red carpet staircase event in recent editions of the Festival thanks to Julia Robert’s naturally graceful demeanour. Since then, she has uniquely personified the ultimate free-spirited woman.

No wonder that passionate film-lover Caroline Scheufele asked Julia Roberts to embody the face of the Happy Sport woman when launching new versions of this watch that has also become an icon. Said Caroline: “It was her and nobody else! Julia Roberts was the only person I felt could convey the spirit that I see in Happy Sport."

Charmed by the boldness of the Happy Sport creations, Julia Roberts pointed out: "I am honored to be collaborating with Chopard on the Happy Sport watch, one of the most iconic and desirable models in the industry."

To orchestrate the encounter between Julia Roberts and Happy Sport, Caroline Scheufele entrusted the artistic direction of this new campaign to director Xavier Dolan. Renowned for the intensity with which he conveys his protagonists’ emotions through the camera, Xavier Dolan strove to show through a short film how Julia Roberts instinctively related to the Joie de Vivre inherent in Happy Sport watches. He also served as artistic director for a series of shots taken by photographer Shayne Laverdière.

The choice of Julia Roberts and Xavier Dolan also reflects Chopard's deep-felt attachment to the world of cinema. An official partner of the Cannes Film Festival since 1998, the Maison has been actively contributing to film production and the emergence of young talent, as evidenced by its Trophée Chopard, awarded each year to an up-and-coming actress and actor. In the person of Julia Roberts, Chopard has chosen to express a kindred spirit with an undisputed movie icon, a veritable legend and a unique actress. One of the most talented directors in the world of contemporary cinema, Xavier Dolan on the other hand has had most of his films selected to compete at the Cannes Film Festival and other major cinema events.

In conversation with ROSÉ, the new global ambassador of Tiffany & Co.