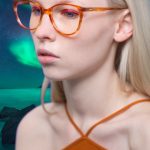 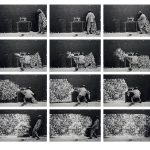 Jotex styles the rule-breaking house of the future

With a wide range of products on offer, the ever-popular Scandinavian interior brand Jotex is quickly conquering market in Europe. The company is known for their signature Scandi Style, but offers plenty other looks –  from minimalist to retro and from modern to eclectic. The constantly updating range of exciting styles changes so quickly you’d best believe that if they don’t have the style available yet, they’re currently making it happen. Jotex stands for something nice for everyone – to them, home is a mindset. A place where the only right is there are no wrongs. It's a place where you make the rules. Or decide there aren't any.

The rule breaking You Do You campaign Jotex launched is supported broadly by European creatives like Silvana Imam, Sus Wilkins, Freja Kirk and Elena Carrière; It inspires people to live life the way they want to – particularly when it comes to interior design; Following their vision of ‘Home Is A Mindset’, Jotex now encourage to break the rules of traditional interior design.

You do You – That’s the call to action from rapper Silvana Imam (SE), actors Sus Wilkins & Freja Kirk (DK) and actress Elena Carrière (DE) in the new Jotex campaign that inspires the customers to go their way in life in general and interior design in specific. No matter if you follow trends or create your own, Jotex is the place to go when you make yourself at home. No matter what home looks like to you.

Rules are made to be broken. With its biggest campaign ever, Jotex challenges the traditional view on interior design. Along with famous and norm-breaking celebrities in three different countries, they inspire their customers to be more daring, both inside and outside the home.

Artists, actors, models and dancers – The three campaign films all feature creative women who’ve made inspiring journeys in their respective careers. The result is a diverse and engaging concept that will make the viewer smile and dance along to the music. In the campaign, the viewers can get a taste of their way of life while stepping into homes inspired by their style. All products are part of the many exciting and diverse product launches this upcoming spring.

In life, there’s only one rule – do your thing. The insight comes from Jotex own reality. Because unlike its competitors, Jotex goes its own way in both offer and way of working. With an extensive product range, Jotex encourages creative solutions, regardless of style. Jotex have aimed to have a price range that enables both long-term investments as well as spontaneous updates of the home. A concept that’s proven successful – At the turn of the year 2020/2021, the brand launched on four new markets and more are on their way. Currently, Jotex is available in eight different countries: Sweden, Norway, Finland, Denmark, Germany, Austria, Poland and The Netherlands.