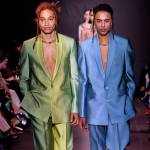 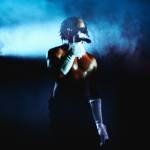 Joiah Luminosa in art Joiah is an Italian/Colombian artist from Padua, northeast Italy. Her musical journey started as a young kid playing classical piano and continued at the Cesare Pollini Conservatorium in her hometown by the time she was fourteen. An avid sports girl, at the same time, she was competing in sports like horse jumping and wakeboarding, and windsurfing every summer season. Combining sports and music was always challenging, but she knew that her true calling was inclined toward music. Right after high school, she moved to Miami with her family to study Music Business at MDC, and that was when she started teaching herself how to produce, sing and write songs.

During her time there, she worked for Mixed in Key, a software company that creates plugins for both DJs and producers, where she was beta testing and helping the company’s CEO build new programs. She grew a passion for electronic music and meeting/working with people in the scene. Some years later, she started collecting music, releasing her tracks and music videos. She’s the founder of The Artemisia Collective, a hub for women in the arts and sports where the primary focus is on female empowerment and nourishing inspiration from their stories.

Check out her mix here:

IN CONVERSATION WITH CHANNEL TRES