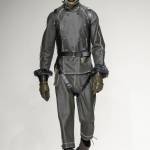 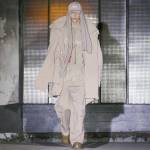 ‘Metropolis Metropolis’ three vinyl set is an abbreviated version of the most recent Electronic Music soundtrack for Fritz Lang’s Metropolis (1927) by the Techno music producer and cultural icon Jeff Mills. Unlike his first soundtrack where tracks addressed specific segments of the film in a track listing form, which was created and released in 2001, this version is more a symbiotic mix of compositions that proposes a nuanced representation of the plot and storyline.

“The last two previous versions made back in 1999 and in 2010, I thought it was time to revisit
the film since so much had changed in the world and with people (in general).
This new soundtrack is more emotional and deeper.”
-Jeff Mills

CENTRE – VILLE, AN URBAN ANTROPOLOGY BY ÉTUDES IN ITS AUTUMN WINTER 2023-24 COLLECTION