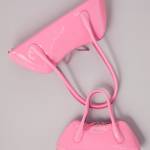 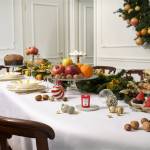 “King of the Game” JD launched their new Christmas campaign celebrating the leading retailer for youth fashion and sports brands, the spirit of competition, and the magic of Christmas. JD believes competition creates Kings – whether you’re performing on the professional stage, making beats in your bedroom, or competing with your friends to have the latest looks, JD got you covered this Christmas.

JD took inspiration from these competitive moments to create the blockbuster Christmas campaign of the year. ‘King of the Game’ is an invitation to everyone to be king in their own chosen pursuit, a motto that runs throughout the campaign. Through many store activations, visitors can win prizes in all kinds of ways and be crowned as King of the Game.

The campaign consists of a few elements: a traveling pop-up arcade, and visiting various JD stores. The JD x 777 Next Talent Contest and an omnichannel campaign including a Deepscreen.

POP-UP ARCADE
From December 1st, the mobile Pop-Up Arcade Tour made its start and travels to various stores of JD. Visitors of the stores in Amsterdam, Utrecht, Rotterdam, and the new flagship store in Antwerp can play retro arcade games in the store and win various JD goodies and prizes. In each of these cities, the ultimate King of the Game is chosen, namely the one with the high score. This will win a prize with JD exclusives, shop credit, and tickets for 7 Fest.

There are several retro arcade games, such as Mario Kart, Mortal Combat, and Pac-Man & Wonder Boy. To win, all you have to do is visit one of these 5 branches and play your best game. This is how you might become King of the Game this Christmas.

JD x 777 NEXT TALENT CONTEST
JD and 777 Records, also known as the record label of rapper and artist Frenna, came with the first TikTok talent contest. Aspiring artists had the chance to win a serious prize through an online on TikTok and an offline audition in various JD stores, by singing a duet with 777 records artists PHILLY MORÉ, DELANY, YXNG LE OF RHEMA & BETHEL. The big price? A single release with a video clip released under 777 Records.

The 7 finalists had been announced on the 27th of November, of which 4 talents were selected from the entire offline pool, 2 TikTok talents with the most views, and 1 TikTok talent was selected by the expert panel. This panel will consist of artists from the record label 777 and a Music & Culture expert from Complex NL. The finalists will be prepared through intensive workshops from the 27th of November, by the record label, for the final in mid-December.

From the 20th of November, you can admire a spectacular billboard on the Leidseplein in Amsterdam. JD enhances its ‘King of the Game’ Christmas campaign by showing an arcade in 3D on a Deepscreen. Deepscreen uses the age-old technique of ‘anamorphosis’, also known as ‘forced perspective’. It is a manipulation technique that mathematically distorts images into an optical illusion. The arcade grab arm literally seems to come at you. A fine piece of technology.

JD ANTWERP FLAGSHIP STORE
On Saturday the 12th of November, JD opened a new flagship store in Antwerp on the Meir. An imposing branch that literally shines with many beautiful LED panels on the popular shopping street, the Meir. With 1949 square meters, the new JD is a store that will make the heart of every sneaker enthusiast beat faster.