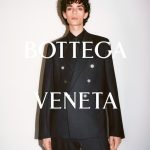 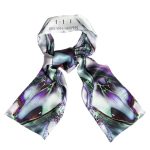 Jarno Kooijman – known from Gallery Jarno Kooijman in Rotterdam North – specializes in 20th Century Design & Art. Exactly ten years after the opening of the high-end gallery that bears his name, Kooijman now opens a second gallery, Fundamente. This gallery, located in the iconic Industriegebouw in Rotterdam, serves a wider audience with design furniture from the 20th century.

During his many trips through Europe, Kooijman increasingly encountered special pieces that did not exactly fit the concept of the existing gallery. In addition, he noticed an increasing interest in 20th Century Design over the past two years, which he could not serve with the specific collection of his gallery alone. Especially from a younger target group, very active on social media and with taste and knowledge in search of iconic design furniture from the last century. With the establishment of Fundamente, Kooijman starts a new concept that fits better with this broader collection.

Jarno Kooijman: "Our target group ranges from the young design lover to the advanced connoisseur. All pieces are purchased based on character and feeling. We are in daily contact with our international network to find distinctive pieces of the best quality. We highlight multiple styles, from Scandinavian design to small-scale French atelier-made pieces, as well as Italian or South American influences. With this wide selection – curated according to our taste, experience and intuition – we want to add something to the perception of people. "

"Fundamente could also have remained just a webshop, but we wanted to create a place where the furniture can be admired and touched. In my opinion, Rotterdam lacked a similar location where people from a wide area could come to get inspired. Het Industriegebouw is known in Rotterdam and beyond, and fits well with Fundamente in terms of architecture, vision and culture. It’s a place with a timeless character. Neighbors like Héroine, Containr Affairs, Old Scuola and MVRDV make the location extra appealing, they are also part of how you experience the building and the area. "

Het Industriegebouw: an icon of the reconstruction, now filled with showpieces from the same era.

Eva Sharo, one of the directors of Het Industriegebouw: “Fundamente in Het Industriegebouw is a perfect match; an icon of the reconstruction, now filled with showpieces from the same time. Timing is also important; we are asked to spend more time at home, where a pleasant experience is important. Concepts such as reuse and slow-living are becoming more and more important. The surprising combination of affordable pieces and wish-list items makes Fundamente accessible to a wide audience of design enthusiasts. Jarno's enthusiasm is also infectious and acts as a catalyst within the building. ”