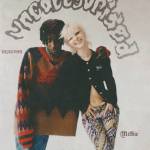 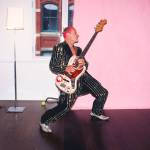 Jaeger-LeCoultre is delighted to name Jackson Yee (Yi Yang Qian Xi) as a new global Ambassador. An actor, singer and dancer, Jackson is recognised as one of the leading talents of the young generation. With a compelling on-screen presence, he brings a vibrant energy to every role, while off-screen he brings a strong sense of commitment to a variety of philanthropic causes.

“I greatly admire Jaeger-LeCoultre for its elegant and timeless style, rich heritage and constant quest for innovation,” says Jackson Yee. “I feel honoured to work with the Maison and very much look forward to our new collaboration.”

Having made his professional debut at the age of five, Jackson Yee became known for his talents as a singer and dancer before being accepted, at the age of 17, to train at the prestigious Central Academy of Drama in Beijing. His film roles have won both critical and popular acclaim, including two Golden Rooster nominations. His leading role in the romantic thriller Better Days – nominated for the Best International Film award at the 2021 Oscars – brought him to worldwide attention and won him the Best Newcomer Award of Hundred Flowers Awards and Hong Kong Film Awards.