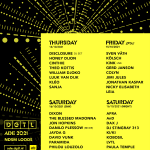 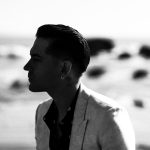 At just 28 years old, Tommy Mallet, recently named Forbes 30 Under 30 Europe for Retail & Ecommerce, has built a successful footwear business despite having no formal design training.

It all began with a spark of creativity from Tommy, combined with Evren’s business experience. Mallet, an avid trainer collector and urban fashion trendsetter, had an idea for a unique pair of trainers. He couldn’t find anything on the market that spoke to his style sensibility and was both affordable and high quality. Tommy eventually took matters into his own hands and sketched his idea. He then reached out to Evren, a friend who worked in the fashion industry, and asked if he could make his dream trainer a reality. Tommy and Evren collaborated on the design and production and sold their creations online as a trial, expecting their friends might be interested in purchasing them.

The rest, as they say, is history. Less than six years later, the London based brand is now a major force in the premium footwear industry with distribution at 145 stores throughout the US, UK, and Europe in locations as far reaching as Dubai and South Africa. The brand is at home in some of the world’s most distinguished stores including Selfridges, Harrods, Browns, Harvey Nichols, Level Shoes and now Fred Segal and Saks Fifth Avenue.

The brand, which carries both men’s and women’s sneakers and a small selection of apparel, is known for its bold yet minimalistic silhouettes with sleek soles fabricated from smooth supple leather. Mallet launches new styles each season but also maintains a core essentials collection. Signature details synonymous with the brand include the statement metal heel clip and the trademark “M” monogram. Price points range from $180 – $300.

Saks Fifth Avenue will showcase men’s sneakers in its Miami and Beverly Hills locations plus Saks.com and will feature the worldwide exclusive launch of 7 styles including the Diver 2.0 in Grey and the Kingsland White Reflect featuring a clear sole.

Fred Segal will celebrate the launch with a pop-up shop in its flagship on Sunset Blvd that will run through May. The brand will also be available for purchase at FredSegal.com. Fred Segal’s offering will include a worldwide exclusive launch of 6 men’s sneaker styles including the brand’s classic Popham Gas silhouette in Grey Mesh.

“Our ultimate goal,” stated Tommy,  “is to achieve the same success in the U.S. that we’ve had with the brand in the UK and Europe. I would like Mallet to become synonymous with high-quality footwear across the globe.”

In conversation with G-EAZY