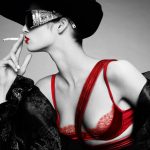 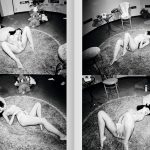 Interview with Alicia Keys : “Fame is worse than heroin…”

Multi-award winning singer-songwriter Alicia Keys, the least ‘diva-ish’ of today’s R’n’B divas, gives Numéro the low down on paparazzi-loving celebs, the secret to selling 35 million records in an age when we’re downloading music for free, explains why fame is worse than heroin and how she so nearly called herself… Alicia Wild.

No way! You must be kidding! The minute I start looking at things that way, I’m in big trouble. I’ve genuinely, honestly enjoyed every step of it. The creative process is so fascinating, so magical that I’m forever dumbfounded by it. It’s like, ‘Wow!’ So when things like that come of it, it’s always the biggest blessing. The awards don’t make me feel cocky, quite the contrary: I always accept any form of recognition with the greatest humility. And when people rattle off numbers like that, I’m in shock.

Have you ever had any bad press?

I’ve been lucky, most of it is pretty great. They’ve put some ugly stuff out there, but most of the time, it’s just a pack of lies. Believe me: when there’s no dirt to dig, they’ll go sniffing through your garbage to pick out the choice morsels.

How come the paparazzi seem to spare you?

It’s very simple: celebrities that are relentlessly hounded by the paparazzi pick up their phones to let them know where they’re going to be shopping that afternoon and which flight they’ll be on the following morning. They’ll make sure to have lunch and dinner at the most fashionable eateries, where photo ops are all but featured on the menu. Making tabloid headlines is a full time job, and I simply don’t have the time for it. Some people perhaps feel that they need the attention, that they feel more complete when they’re basking in the limelight. In which case, good on them: I hope they enjoy it. But I need to be able to move the way I want to move, and I don’t like anybody getting in my way. I would become a very nasty person if I had to endure such scrutiny.

Why did you change your name from Augelio-Cook to Keys?

I felt that Keys best represented who I was as a person and an artist. I was originally toying with the idea of calling myself Alicia Wild… Wouldn’t that have been terrible? Having said that, when people get to know me, they can’t believe just how wild I am. I like people to draw their own conclusions, but there’s definitely something about me that gives people the impression that I’m squeaky- clean, intensely focused and dead serious. Let me set the record straight, once and for all: I’m a crazy, boisterous prankster with a filthy mouth.

Did you hang out with the trannies and crack whores when you were growing up in Hell’s Kitchen?

The neighbourhood was so diverse: walking home from the train station, there would be pimps, prostitutes, dealers and junkies on every corner, and yet there, at the end of the street, laid the bright lights and big dreams of Broadway.

Your mother is Irish-Italian, and your father is… what? Jamaican?

Everybody thinks I’m Jamaican, but I’m not. My father grew up in Maryland.

Does that make you black or white?

That makes me beautiful.

How did you deal with your parents’ estrangement at such an early age?

They were never married. You couldn’t really call it a separation; it was more of a mutual decision. I was so young and clueless at the time that I didn’t really acknowledge their split-up. Having said that, I was fortunate enough to be raised by my mother, a brilliant woman who taught me everything: strength, determination, hard work, beauty, grief, diligence, and a healthy sense of kiss-my-ass bravado.

You seem like quite a gentle soul for a bona fide r’n’b diva… don’t you ever hurl cellphones or demand that your assistants never look you in the eye?

People actually want you to act like a diva. People are always telling me: “Oh! Alicia! You’re so normal!” Well, aren’t I supposed to be? People come to expect you to be totally unreasonable, capricious and completely off your rocker. I’ve met ‘em. There are artists that I love, and I’ve met them, and I’m like: “Wow! I don’t ever want to meet you again! You’re acting so damn ridiculous that I’m going to end up hating you!”

How can you possibly have sold thirty-five million records in an age of free downloading on the net?

The problem arose when there was a lack of good, complete albums. People got sick and tired of liking a particular song, and then buying the album, only to discover that it sounded like someone had thrown a bunch of crap songs together on it. When you produce an album that’s a journey, an experience that moves you from beginning to end, then folk will buy it. Music-lovers want to be treated with respect and not just messed around.

I feel very sad about it. Celebrity can certainly drag you down, and I don’t know to what extent you can ever hope of resurfacing once you hit rock bottom. Fame is worse than heroin. I totally see how you can become addicted to your own notoriety. It’ll freak you out if you’ve been used to a certain amount of fame and attention, and then suddenly it’s not there anymore. It’s like withdrawal symptoms.

To what extent is image a deal-breaker for an accomplished singer, songwriter, composer and producer such as yourself?

Image carries way too much importance in the music industry today. You can completely suck and yet run a successful career as a recording artist on the sole strength of your image. I’ve never played around with my image to sell records: what you see is what you get. It takes too much time and energy to pretend, and it distracts from what ultimately matters: the music.

Why are there always so many tushes bouncing around in those R&B videos?

It sucks. It’s terrible. It’s cheesy. It would be okay if it were just the odd video, but when it’s every damn video the whole asses-ad- nauseum thing gets a little dreary. All I know is that I was with my goddaughter for her third birthday, and I organized this game for her and her friends – none of whom was older than six. I told them: “Ok ladies, I’m going to put the music on, and when the music stops, you have to freeze. If I catch you and you still moving, then you’re out.” Simple game. I put the music on, and these little girls start dancing, and, I promise you, they looked like they were on stripper poles. It was scary. Music videos aren’t the sole offenders, however, as magazines and commercials also contribute to making women feel as though they’ve got to look a certain way to be beautiful. Which is a lie.

How have you always managed to keep your thong on?

I don’t need to be naked to be sexy. That’s such a misconception. There’s a mystique, there’s a moment when you’re wondering what’s coming next that’s way more titillating than laying it all out, smack, bang, on the table.

Don’t you ever wake up in the middle of the night and run a few scales, butt-naked at the piano?

I totally play the piano butt-naked… in the privacy of my own home.

Jean-Baptiste Mondino : “I don’t use my camera as an extension of my penis”