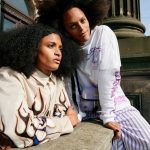 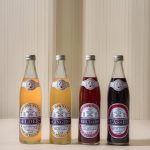 Culture Events Music Things to do

One of the most relevant nightclubs in Rotterdam, the Cultuurpodium Perron, has contributed significantly in shaping the city’s vibrant and intense techno scene. Ravers from Rotterdam and elsewhere come here to escape their everyday lives, unwind and dance. Recently, the club booked iconic names for its wild rave nights, such as Randomer, Bjarki and Stef Mendesidis. Also, Perron’s forthcoming bookings sound more than promising for dancing the night away – Héctor Oaks, a Madrid-born, Berlin-based underground talent, will delight us with his tunes this Friday, the 13th of May, among other DJs. Described as unexpected and highly engaging, his style has made him one of the most booked techno DJs in Europe, playing from Berghain and Bassiani to smaller clubs like Radion and various major festival stages.

Aside from this forthcoming smash, Perron has already announced other big names for the near future – for example Matrixxman on May 20th and SPFDJ on May 27th will serve us up the grooves amongst other DJs and give us top quality techno nights and pounding basslines.

IN CONVERSATION WITH ARTISTS “THE SISTERS JANSSEN”

Get ready for the most surprising drink of this summer