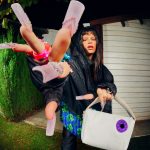 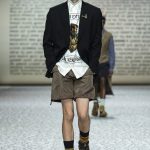 Lifestyle Style Things to do

illycaffè announced today the winner of the Ernesto Illy International Coffee Award 2021, a prize given since 2016 to the producer of the best sustainable coffee among 27 of the best coffee producers participating from nine of the most significant coffee growing countries. This year’s winner is Jumboor Estatein India, represented by B.M. Nachappa, and voted “Best of the Best” by an independent panel of international culinary and coffee experts.

The “Coffee Lover’s Choice” award, designated by a panel of consumers through a blind tasting organized in select illy cafes worldwide, was given to Proyecto Lift Olopita in Guatemala, represented by Alfonso Urbina Perlata.

In all, there were 27 finalists – 3 from each of nine countries – from Brazil, Colombia, Costa Rica, El Salvador, Ethiopia, Guatemala, Honduras, India, andNicaragua.The international panel – which comprised three-star Michelin chefs Kyle Connaughton, Viky Geunes and Niko Romito; journalists Josè Carlos Capel, Clark Parkin and Michela Proietti; and coffee experts Sunalini Menon, Birhanu Gebis Wuli and Henry Alirio Martínez Salinas – voted the “Best of the Best” award to India’s Jumboor Estate, which they described as an intense coffee that leaves a silky, delicate, and soft sensation on the palate, enhanced by notes of chocolate, caramel, citrus fruit, walnuts, and a hint of fruit.

Jamboor Estate is located in the plateaus of India’s northern Coorg district, at an elevation of 950-1000 meters in an area of rich organic soils. Established in 1870, this 390-hectare estate only cultivates Arabica coffee and produces "JumboorGold",a high-quality Yellow Bourbon Arabica variety. In order not to interfere with the flow of pure water from the nearby mountains, which is used during coffee processing, the areas adjacent to watercourses have been left in their natural state, without any crops being grown there.

“This is the first time that India won the Ernesto Illy International Coffee Award. This is a country where coffee is grown under the shade of tall trees, usually together with other crops such as peppercorns, vanilla, cardamom, and cinnamon. I am very happy that the prestigious ‘Best of the Best’ award was assigned to a product that is grown in a virtuous manner, demonstrating the potential of this agricultural model as a way to achieve sustainable quality,” said Andrea Illy, Chairman of illycaffè. He continued, “The recognition of Guatemala, which with its group of small producers participating in the Lift project won the consumers’ choice award for best coffee, also proves that quality continues to be an important  engine to drive sustainable growth among  coffee communities.”.

The event, which was held online once again this year, was hosted by Lily Cole, a model and actress celebrated for her activism on behalf of sustainability.

Starting from December 2nd, the video of the awards ceremony is be available on the illy website.

The 27 finalists are listed below, ranked first to third place within their respective countries: