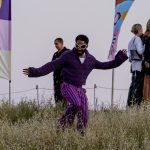 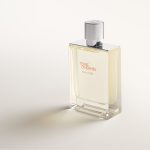 IN CONVERSATION WITH WILLY WILLIAM

Willy William is a true virtuoso – from DJing and record producing to singing, he lives music to the fullest. 2015 was the French musician’s breakthrough year with his single Ego that climbed up the European charts. To most people he is known for another song, though. His 2017 mega-hit, Mi Gente, in collaboration with J Balvin, broke multiple records, took him to major industry awards and was even adapted for a remix by Beyoncé. Since then Willy William has worked with the most renowned artists such as Jason Derulo, Nicki Minaj and Sean Paul.

Earlier this year, you already released two singles: Solo, featuring will.i.am and Lali, and Trompeta – two infectiously danceable songs. How was it for you working on them and what inspired you?

I think that like every artist and producer, the lockdown was a very productive time. What really inspired me was thinking of the back to the new normal life. Trompeta is a song I did all by myself, using a sample I love, and I made it during the lockdown. I wanted it to become the anthem of the post pandemic, and I think it’s doing a good job making people dance and celebrate. As for Solo it’s a song I started in London at will.i.am’s studio back in 2018 when he reached out through David Guetta who introduced us.

Your absolute biggest hit up to now was Mi Gente in 2017 featuring J Balvin and later Beyoncé. How was it for you to produce this song and get this overwhelming public recognition?

I still look at Mi Gente’s success and numbers with disbelief. I love that we were able to make such a global hit that can bring people together, even if they have no idea what they are singing or dancing to.
It all started with the original version, called Voodoo Song, that I made very quickly one evening, and posted the hook of the song on a meme video of a twerking turkey back in October 2016. That video with my music went completely viral with over 50 million views on Facebook in less than two days, and had comments from people all over the world already. Shortly after I was talking with J Balvin about doing a collaboration on Voodoo Song, and we were setting up a studio session in Miami. That’s when Mi Gente was born, and the day after we were already recording the video. It all went very fast, but it’s great that a French and a Colombian were able to meet in Miami, then reach the global charts and get everyone’s attention, including Beyoncé!

The first time you solo-climbed up the European charts was with your single Ego in 2015 which won multiple platinum. Is it true that you wrote and recorded it in just one night?

A lot of my music comes from short sessions. I think it’s just a moment when the inspiration works well, and something in the universe aligns in your favor, and it all can happen very fast.

As a composer, producer, DJ and singer, music must be one of the biggest parts of your life. What were your early influences in making music – how did it all start?

I started off as a self taught guitarist with a rock band like most teenagers, I guess. Shortly after I was introduced to the turntables and the whole DJ world opened to me. I started mixing music in clubs when I was very young and it wasn’t even cool like today to tell people you were a DJ. Then I moved towards a home studio and started playing with plugins and all, which really is my passion. And now I am happy to go back to touring as a DJ, so back to my roots!

In 2016 you were one of the most shazamed artists in the world, Mi Gente reached over 3 billion views on YouTube and these are just parts of your successes. How does it feel to be so successful with doing what you love?

It’s a blessing and I am thankful everyday that I am able to make people dance, smile and bring people together over music. Most of the people who are massive fans of Mi Gente, or even Ego, don’t even speak Spanish nor French, and seeing people singing the lyrics by heart, in a language they do not speak is incredible and really shows the power of the music.

You have been thriving in music for a long time already. What advice can you give new talents on their way?

My advice is to do what makes you happy. Have fun, try a lot of things, work hard and enjoy the journey. I am the living proof that success does not come from the day you start, and sometimes it can take years to be heard by the right people. It’s all a process, but as long as you are having fun, you are doing it right.

It has already been a victorious start of the year for you! What exciting future projects do you have coming up?

I am very excited to get back on the road and tour as a DJ. I am really looking forward to bringing my DJ sets to the festivals and clubs of the world. I have a LOT of music in storage, as you can imagine, so maybe an album will come, or some other big collaborations. I like to take it day by day and right now I am surfing the huge Trompeta success wave, the rest will come when it’s time!