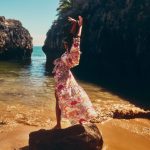 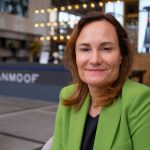 IN CONVERSATION WITH VINCENT VERMIGNON

Vincent Vermignon is one of the most talented, bilingual and unique actors in the industry. He will be starring alongside Award Winning Actors Toni Collette and Colin Firth  in the much anticipated HBO Max limited drama adapted series ‘The Staircase’ as Jean-Xavier de Lestrade,  the documentarian who made the 2004 docuseries. He investigated the case and went back to film subsequent documentaries of Michael Peterson and his family in 2012 and 2016, along with Peterson’s final trial and release from prison. ‘The Staircase’ will premiere on May 5.

Vincent, you started your acting career at a later age. What made you pursue this passion of yours?

I’ve always wanted to be an actor. Even if Martinique is a French territory, when I was younger I watched a lot of American shows and got deeply inspired by actors such as Denzel Washington and Wesley Snipes. My dream was then to be on set one day with them, but I hadn’t allowed myself to pursue that ambition for a while. It was only at 28 that my mother pushed me to do some theater on an amateur level. I guess she didn’t think that it would awake for good the fire passion I have always had for acting. Very quickly after that I got successfully cast on major French shows, fueling my desire for more ambitious projects.

Both are action packed occupations. When I started working, I was a luxury real estate advisor in the French Alps, so I was dealing with diverse type of clients which was a very thrilling and enriching experience.  It is like acting in many ways when I think about it. It is a very competitive, high pressure job, but it can also be tremendously rewarding. Having a life before acting has allowed me to be grounded and grateful for all these fantastic opportunities coming up.

We’ll be able to see you in HBO Max’s limited drama series ‘The Staircase’, which is based on the docuseries and various books and reports on the case of Michael Peterson, who was convicted in 2003 of murdering his wife Kathleen two years earlier. The charge was reduced to manslaughter in 2017 and Peterson was subsequently released from prison. How was your experience of filming a series with such a heavy story?

That was a deep experience. I’ll always remember when I entered the prop Petersons’ house for the first time. The bottom of the stairs was full of blood stains and I realized how gruesome it must have been for everyone involved in Kathleen Peterson’s death tragedy.

The drama series actually takes time to show her life and who she was before she died. It is critical to humanize her, to give her a face and a voice. On the other side, there is Michael Peterson, who is a very complex and secretive individual. True crime fans love discussing about theories and potential suspects, but it is way more important to talk about the victims and how their loss deeply impacted their loved ones.

You’ve been featured in numerous French short films and TV shows, including in ‘Cut’. What is the most special thing about French TV and film production?

The most special thing about French shows is when you work on a project, you feel like you are part of a family. Usually, productions are way smaller than the US endeavors, so the crew and cast involved create stronger bonds. Sometimes it feels a bit like summer camp.

Where would you like to see your career in the future? Are there any specific kind of projects that you would really love to act in?

My wish is to keep working on primetime US, international endeavors and play leading complex characters. I am attracted to projects dealing with the ambivalence of people such as ‘The Staircase’. That show was an extraordinary experience and I want to be able to cherry pick projects of that level of ambition and inventiveness. My geeky side would also have major fun in a Sci-Fi and Comics universes.

You grew up in the French Caribbean Island of Martinique. What do you love the most about Martinique and what do you miss about it the most?

I miss everything about Martinique. The food, the music, the landscapes, the weather and above all my family. Martinique is my homeland and I go back there very often. This is where I retreat to recharge my batteries before facing next challenges. Martinique is the perfect mix between the Caribbean quality of life and the French lifestyle. As an example, you could taste one of the finest rums in the world accompanied by a refined French pastry.

You have lived in many places around the world, from London, The Caribbean, France and USA. Which place holds the most special place in your life?

I was born and raised in the Caribbean so it will always be home for me. I am also very attached to London as my first job as a realtor was there when I was 21. My 5 years spent in that thrilling city were full of fantastic experiences. I made lifetime friends there and it also shaped my mentality. London is an international city by essence and this is how I want my life – international. For ‘The Staircase’ drama series I spent 7 months in Atlanta in Georgia and I truly enjoyed it. I made a couple of trips to New York and I got really excited about it. I want to see more of it. I can’t wait for my next US job to keep exploring other US cities like Los Angeles or Miami.

You also speak 4 different languages – English, Spanish, Creole and French. To you, which language is the most beautiful in the world? Which languages would you still like to learn?

I’ve just finished shooting a feature film called ‘Drift’ by Anthony Chen in Athens and that was the first time I had to work with a Greek crew. I found the language so beautiful to hear. It sounds Mediterranean, yet so different from any other language I know.

Also, I would really love to learn Japanese.

Besides your love to watch and play basketball and soccer in your free time, what are some of your other hobbies?

I am an amateur rum and whisky connoisseur. Besides that I am also quite passionate with travel and particularly with architecture and cathedrals.

You are also very passionate about Investment Strategies. What would be your best advice to us in these times about one’s personal investments? What advice would you give us regarding Real Estate?

Well, I would advise to hold firm to your investments even if the current troubled times can make you feel like otherwise. We seem to forget that the world has already experienced this kind of events so many times and in every scenario, the situation gets better after a while.

Fear, anxiety and panic are never your best allies in term of investment strategy.