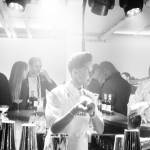 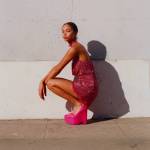 IN CONVERSATION WITH VALENTINA ZENERE

Valentina Zenere, Argentinian actress, singer and model joined Netflix’s hit series ‘Élite’ in 2022 for its fifth season. The series recently premiered its sixth season and has already been renewed for the seventh, where Valentina will reprise her role of Isadora. 2022 also marked Valentina’s singing debut, as she released her first single ‘Cero Coma’.

Valentina, this year we saw you join the main cast of Netflix’s series ‘Élite’ as Isadora. Have you been a fan of the series before you joined the cast?

I have seen other seasons because in the middle of the ‘Soy Luna’ tour I auditioned for the second season, so I watched the series to see what it was like. Then, even though I didn’t get the role, I watched the season because a friend of mine, Jorge López, was in it and I saw the excellent work he did with Valerio.

Your character Isadora Artiñán is the wealthy ‘it girl’ empress of Ibiza and a DJ. How is it portraying Isadora? Are you two in any way similar? What is your favorite characteristic of hers?

I am very happy and grateful to be able to play Isadora. She is a character that I love very much and with whom I go through many emotions. The most empathetic version of Isadora can be similar to me. What I see myself reflected in the most is how she is with the people she loves. She gives everything for her friends and in that we are similar. My favorite characteristic of hers is the courage she found within herself to face everything she had to face as a woman and that she was able to break her mask and be vulnerable and ask for help when she needed it.

In season 5 Isadora was raped by Hugo, Álex and Javier, which caused her to suffer from panic anxiety. This is a very challenging  and hard storyline. How did you personally prepare to portray this trauma through Isadora on screen?

I always prepare myself with my theater coach Luisa Poppe. I watch films, read a lot of articles and draw from a lot of experiences I know. Even if the exact same thing has not happened to me as it did to her, I try to find the moment when I felt a similar emotion and I try to put a lot of myself in there. In the case of the sixth season, the only thing I constantly thought about was all the women who had to live through the same thing as Isadora and it wasn’t difficult to get emotional all the time. I did it with all the respect and affection in the world together with my colleagues and I hope the viewers received it that way at home.

What’s in store for her in the upcoming, seventh season? Or what would you like to see for Isadora in this new season?

As you know, I can’t tell you anything, but I would like to see her more secure and confident with who she is as a person. I would like her to continue to evolve and be happy.

You became known to the viewers in 2016 with your antagonistic role in Disney’s Argentine-Mexican  series ‘Soy Luna’. How has being part of ‘Soy Luna’ changed your career?

‘Soy Luna’ changed my life a lot, both professionally and personally. They were very happy and intense years that I will always cherish with a lot of love. We were all very young and we experienced very strong things. It gave me the possibility to begin to expand internationally and I have learned a lot with Disney. Personally, everything I experienced has helped me to be where I am today. I will always be grateful to that project.

For your role as ‘Ámbar’ in ‘Soy Luna’ you’ve won numerous Kids’ Choice Awards for the ‘Favorite Villain’. How hard or exciting was portraying a villain for you?

I loved receiving this award, every time I received it, because it is an award where people vote and to feel the support and warmth from them is always something very nice that I will never get tired of thanking them for. Personally, when I was a little girl I always liked the villains and I’m glad that I was able to portray one and that people loved her and empathised with her so much.

In 2020 you moved to Spain, where you joined the cast of Netflix’s ‘Las chicas del cable’. How do you like living in Spain? Are you planning on staying here?

I love Spain. From the first day I came here, I knew I wanted to live here. I was very welcomed, it has similarities to Buenos Aires and I have met amazing people and made some great friends, who are family, like my boyfriend and my dog. I always miss Argentina and love going to visit, but for now I want to stay in Spain.

Valentina, you began your acting career at a young age, while you were attending high school. What made you fall in love with acting?

I am crazy about people’s minds, I love trying to understand them. To me, acting seems to be an immense gift and it is my passion. I’ve loved it since I was very young. I’ve been studying since I was 6 years old and I can’t remember a time in my life when I wasn’t connected to acting. I was born with it and I have too much love for my profession. I am very happy whenever I work.

This year, you’ve also released your first single ‘Cero Coma’. What made you step also into the music waters?

I have always accompanied my music with acting projects and for a long time I wanted to start my own, my personal path in music and that’s what I’m working on. I have a lot of fun in the studio and I’m finding my way, meeting very talented people and finding my sound. I dream a lot of doing a live show where I can see people’s faces and sing together. The back and forth of a live show is very magical and I get emotional every time I go to see a colleague’s show.

What’s next for you in your career, both in acting and in music?

You will continue to see me in ‘Élite’ a little more, I will be releasing songs soon and I hope you can see me fulfilling a thousand more dreams.

Special thanks to SHISEIDO

BACARDÍ HOSTS THE ULTIMATE DINNER PARTY, CELEBRATING THE LAUNCH OF THE TABLE OF OCHO