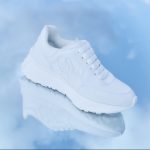 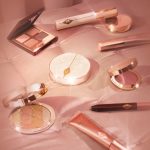 In conversation with TOM EEREBOUT

Tom Eerebout is known for his exceptionally well put together outfits for artists that everyone dreams of. Tom has dressed everyone from Lady Gaga, Belgian musician Sylvie Kreusch, to Kylie Minogue. But who is the man behind the outfits, and does he have other passions? We talk with Tom about how his heritage has influenced his work, what is most important to him; he tells us where he goes to find peace and how all of this comes together in his current collaboration with KOMONO. Describing how it is to feel like an outsider and eventually find strength in being you is what you feel throughout this second drop of sunglasses. “jewellery is so personal and should be like tattoos or books, something you collect over the years and build up.” Tom Eerebout is a stylist with a clear outspoken soft voice.

You Grew up in Belgium and studied in Antwerp at the Royal Academy of Fine Arts. How would you say that your Belgium roots have influenced/inspired you in your work?

100% from AF Vandervorst, Ann Demeulemeester to Paul Delvaux, Jan Van Eyck, Vive la Fete and Hooverphonic, all these different kinds of Belgian artists which I saw around me growing up formed a very strong aesthetic point for me. Going to school in Bruges and partying in Antwerp are things that inspired the base I use in all my work.

Growing up, expressing yourself in the way you dress, Have you ever felt like an outsider as a creative person?

Yes, very much so and it was a very lonely place sometimes, trying to find my way. Sometimes wanting to be like everyone around me but just not fitting in. As a teenager, I stood out in my hometown, and I still do, I think. I remember one day after school that some kids actually threw rocks at me and one hitting me right above the eye. I felt so embarrassed and as if it was my own fault for expressing myself in my clothes. Later on, once I got older and started going out in Antwerp and other cities, I found people who were different, also looking for a place to be. Most of these people are my family now, all these years later, we formed a little tribe. They all do their thing and are uniquely brilliant in what they do. It is so inspiring to me how they express themselves, from photography to fashion to music to food. I travel for work a lot but it’s always nice coming home. We all saw each other grow and express ourselves each step of the way. It created an extraordinary bond.

When was the moment you realised that you could find strength in being yourself and utilise it as an asset?

I think that happened way later in life. Someone told me once, “You are hard to remember but impossible to forget”. That always stuck with me. I can be very shy and in the background, but I will speak up when I have something to say. Because of my silence, people notice it more when I do speak, and it hits harder, which makes them also take what I say more serious and they listen. I saw my awkwardness and shyness as a problem for a long time. Now I have embraced it and use it as a tool.

For the past few years, you have worked with many big names in the industry. Is the feeling/ the experience of creating an outfit for them still as exhilarating as it was when you just started?

Oh, totally, I was talking to a friend about it recently how much we love clothes; I do not mean that in the sense of shopping or having them. But in looking at them and, for example, using them on set. Seeing these textures, patterns, cuts in person. How they flow on a body, the craftsmanship of a garment. That still excites me. Even if it’s a project I am just doing for myself or with a small artist or someone who performs in a sold-out stadium show. Making that world, creating that interpretation of someone’s garment via my eyes, still excites me. It’s like making a fantasy world or a movie, someplace to escape in.

Is there a golden rule you live by when it comes to accessories? For example, when styling an outfit for clients, is there something you always gravitate towards? And when it comes to your personal style, is there an accessory you won’t leave the house without?

I love jewellery for myself, I wear a lot of rings and necklaces. I think accessories are the most essential part of an outfit. Shoes, belts, sunglasses. It lifts an outfit. But when styling a client, I usually tend to use less jewellery. I think that comes from the fact that usually, you are using samples, and I feel like jewellery is so personal and should be like tattoos or books, something you collect over the years and build up. I will never leave the house without my rings. I feel bare without them.

I think my personal style would be best described as a 300-year-old vampire who dresses like a rockstar.

For the Komono collaboration collection, how would you describe your working process? Were there any hiccups along the way? Did you immediately know where you wanted to go with the second drop, design-wise?

I kind of did; I wanted it to feel that the “O” was the sister of the “M” and that they would fit in the same world. The names and colourways are inspired by a place in Normandy where I go to take breaks, which makes it very personal as it’s my secret, magical place. I wanted to share that in some way. It’s how I dress there, walking in the garden, while my friends are making music and we dance around fires under the moon. The process of making sunglasses is very precise. I had the help of Charlotte and Fan from Komono, who guided me in the process. With sunglasses, every millimetre makes a difference, so its very important to see it. I wanted the sunglasses to be something everyone would try on and be like, “oh, I didn’t expect these would work on my face”. So the prototypes I tried on a lot of people around me. We changed them slightly until we got the perfect pair.

“Tom shared a piece of his personal life with us, letting us look at the world through his lenses” Tom Eerebout has his roots in Belgium but found his home in creating a world for himself. Finding his pack of old souled vampires and keeping the importance of expressing who he is close to him. The design and colourway of the sunglasses are carefully picked, making them a collector’s item. You could say by putting them on; you can see through the eyes of Tom Eerebout and feel a little as if the world-famous stylist himself styled you.