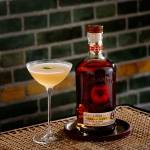 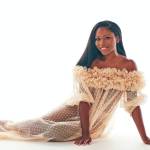 IN CONVERSATION WITH THOMAS DOHERTY

Scottish actor Thomas Doherty stars in the highly anticipated reboot of Gossip Girl for HBO Max, which premiered in 2021 as HBO Max’s most watched original series over launch weekend. He will soon reprise his role of Max Wolfe in the second season, which premiered 1st of December.

It’s gonna be a lot more elevated. Last season we left off with Max, Audrey and Aki entering into a throuple. So this season is really interesting for Max because for the first time we see him let down his guard and it becomes very vulnerable and open. And it’s the first time where he is not in control. It’s just really interesting to see that dynamic. And I mean, any 17 year old entering a throuple is gonna be interesting to see what and how it unfolds and how they handle all the obstacles and stuff. And the places we go are really cool. There’s definitely an elevation of location and costume and all the rest of it.

I think the biggest difference is certainly diversity within the cast and sexual orientation, race, culture, all these things. Thankfully we have involved all of those things and it is a lot more of a diverse cast of characters, which is really cool.

But also the social media involvement. I mean, that wasn’t even conceived back then. And social media plays such a huge role in our lives these days and I feel like some people don’t realize how impactful it is. They utilize that and use it and it just changes the whole dynamic of the storyline.

As you said, this reboot is so much more diverse than the original, as it includes non-white leads and LGBTQ characters in its cast. Why do you think this diversity and inclusivity is so important nowadays in the industry?

It’s super important. I mean, it’s always been so important. It’s just always been kind of a taboo topic, which is sad. And it’s amazing to be able to represent the vast rainbow of people that live in this world. It makes me happy to know that there are characters these days on TV and in film that feel seen and that feel represented. And younger people can look at ‘Gossip Girl’ or ‘Euphoria’ or any other other show that does this and see themselves and feel confident and encouraged to keep expressing who they truly are and not succumb to confines of any social construct.

You play the character of Max Wolfe, a pansexual who uses drugs and sex to deal with his parents’ split and develops a three-way relationship with Audrey and Aki. Was it hard for you to delve into Max’s character or did portraying him expand your horizons?

He did use drugs before, but he just used a lot more drugs to deal with their breakup. I’ve been around the community my whole life and I’ve got best friends and really close friends that are in the LGBTQ+ community. And so I did have some exposure and it was really interesting to kind of delve deeper in and when you’re encapsulating a character, to really sink in. When you do that, you embody it a lot more. It was an incredible experience and it was incredibly liberating and it certainly expanded my level of consciousness and awareness around other people and around different life circumstances. I find the experience incredibly invaluable and it makes you so much more open and tolerant and like I said, expressive and liberated. I found it really an amazing thing to do.

This summer you starred in Sony Picture’s ‘The Invitation’, a modern twist on Dracula, which topped the box office on opening weekend. What are the ingredients of a successful horror film, in your opinion?

You know what, I’m gonna be absolutely honest with you. I don’t like horror films. I’ve not seen a lot of horror films. They just scare me and my nervous system can’t handle it. But I mean, the best ingredient for horror is that it makes you scared. I’m the wrong person to ask this question. I don’t know who in the right mind would want to sit and just be scared.

You gained a huge following from your starring role as Harry Hook in Disney’s hit franchise ‘Descendants’, which garnered nearly 21 million viewers in the most sought-after demographic. Do you think that your role in two ‘Descendants’ installments was what really put you on the map, both for the fans and as a sought after actor in the industry?

I don’t think so. I mean, it’s a constant progression and evolution and working to keep going to new levels. And so those roles did something which helped me more for this role and that role helped me, you know. So it definitely feels more like building blocks as opposed to just one singular thing that did it. And it was my first film I’d ever done, so in that sense yeah, but I would never put it down to just one thing. And I still have so much I would love to do and such a long way to go in terms of growing and developing my craft as an actor. I’m just grateful taking it day by day.

You said you have so much you wanna do. What is at the top of the list?

I just finished filming a movie with KiKi Layne, called ‘Dandelion’, and that was the peak at that time. And then, whatever comes next. I don’t like to kind of create a plan. I have an amazing team that can steer me in the right directions, but my goal is to keep evolving as an actor and as a human and just do interesting parts and fun roles. And I love playing a villain, so I’d love to play a villain sometime soon.

You also have quite a following on social media with over 4 million followers. How do you look at social media yourself, both from a personal and professional perspective?

From a professional perspective it’s an amazing tool for me, certainly in terms of exposure and it does help sometimes with work. Personally, I don’t think it’s a very good thing, especially for young people to be on. 90 – 95 % of it is just nonsense.

It’s an amazing platform to give everyone a voice. I mean, it never used to exist, so you used to just depend on the news. Newspapers weren’t instantaneous, whereas now things can get out so quickly. And I think that’s an amazing thing. People’s voices can be heard, that before never have been. But I don’t know if it’s the best direction we’re going in as a world, as a society. I think it’s quite poisonous for young minds.

There’s a really good documentary called ‘Social Dilemma’ on Netflix. If you haven’t yet, you should watch it. It’s about all these people that created social media and how bad it is for young people. Young girls self-harming rates have skyrocketed, as well as suicide and addiction and stuff. And this can be traced with social media.

So yeah, it’s great and it has its wonderful things, but it also has terrible consequences.

Thomas, with being Scottish you have that unique accent. Do you find it hard to hide that accent while filming?

You have to ask Americans. I hope it’s smooth, but I do a lot of work. I do a lot of preparation if I have to do another accent. ‘The Invitation’ was English, so I had to do a lot of preparation for an English accent. And then obviously ‘Gossip Girl’ is American. The film I just did was Scottish, so that was nice. But it’s about how much work I do before, that will determine how easy it is, because you’re a character and you’re trying to say these lines and you don’t wanna be thinking about the accent. The best thing is to come off a set or a scene and be like “How was my accent? Cause I can’t remember”. And I don’t wanna be conscious of my accent.

What is the craziest or the hardest thing you had to learn for a role?

Well I just did ‘Dandelion’ and I had to learn how to play the guitar. My character played the guitar and I didn’t have a lot of time to learn the guitar either. That was probably the hardest cause he is a singer, musician and so that was definitely challenging for sure.

Besides the second season of ‘Gossip Girl’ just starting, where will we be seeing you next?

‘Dandelion’ will be out next year. In the life of an actor, you don’t know what’s coming next, so you just gotta be ready for whatever comes. But that’s the beauty of life. Not all those who wander are lost.

LONDON LOY AND BACARDI LAUNCH THE TABLE OF OCHO

IN CONVERSATION WITH RIELE DOWNS