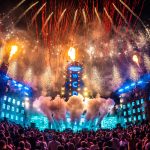 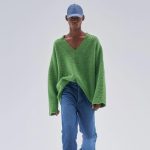 In Conversation With Status Zero

Israeli-born Berlin resident Status Zero has been turning heads recently with his tweak in sound. With a background in psytrance, and having been supported by the likes of Vini Vici, Astrix, Blastoyz and more, he has decided to loosen the boundaries of genres for his latest album. With momentum building after the first few releases from the album, the full body of work has just dropped, and we spoke to Status Zero to find out what fans can expect from this new exploration in sound…

Hi, thanks for taking the time to speak with us. Congratulations on the release of your new album. I imagine you’re fairly excited to share this with your fans?

My team and I are excited to share the new album with the universe, it’s the first time I’m releasing an album as an independent artist with no label support. So far, we have been supported by the biggest acts in the Psytrance space, and I’m thankful for any step we take in this journey which has just begun. Personally, it was a long process of me accepting the “now” with no judgment.

What was the inspiration behind this album?

Good question! I can say that the inspiration behind this album was to create a sound concept that will blur the boundaries and origins of my home-country Psychedelic Trance titans like Vini Vici (previously known as ‘Sesto Sento’), Astrix, Freedom Fighters, and to define a new texture in bringing influences of legends from Kraftwerk to Mr Fingers and Aphex Twin, I wanted to show the local scene and my devoted fan base who knows me as mainly as Psytrance artist that from now on Status Zero is genreless.

Are there any key themes on this album that you wanted to explore?

Well, Sound wise one of the key themes you’ll hear is my beloved ‘Juno 6’, especially in the Arpeggios that come and go without taking too much space from the overall atmosphere

Shout out to the legendary Eitan Reiter (@eitan_reiter) for crafting the sound of the album to perfection – since I started to make electronic music he was one of my idols so it was an honor to get his spark on this one.

From the visual side, one key theme was my appreciation of video games and cartoons, that’s the reason I connected with Janne Hottenrott who painted the album artwork, which showcases a very detailed world with many creatures in the purple-ish, blue-ish colors just as I envisioned.

You’ve just released a 3 track EP, giving fans a teaser into what they can expect from the album. How did those tracks happen?

if it was us? EP shows more of the techno side of this project,

In these 3 tracks, I wanted to achieve “memory” and “excitement,.” For example, On “Bad Memory”, you can hear some very aggressive techno influences, which I combined with psychedelic sounds.

Will the album follow the same direction as those three tracks or are there a lot of surprises left for fans to discover?

Definitely NO. The whole album is a big ride from techno to House and Psychedelic Synthesizers from my secret studio stash, the only thing that is consistent is that I tried to stay around 140bpm. Each track is a piece taken from the wider spectrum of electronic music that I like to hear.

For instance, the 6th in the tracklist, named “midnight movement” brings a touch of Dub vibes with a groovy baseline and old-school melody that to me creates something very unique – can’t wait for you to hear that!

You live in Berlin but are originally from Israel. Why did you make the move to Berlin and do you think it’s helped your career to develop?

I moved to Berlin 3 years ago because I always dreamed to live in the city. The freedom and open-minded attitude of the artists’ community and conception is unbelievable. I fall apart in the City. The shift from Israel helped me to develop as a person and as an artist, and to accept myself, trust the process and to enjoy it – so no doubt it helped my career, and also my cooking skills.

What are your goals for the rest of the year? Are there any shows coming up or places that fans can come and see you?

Touring, touring, and more touring with this album, I’ve brought a total concept for shows that includes live keyboard synthesizer jams, and crazy knob twists along with a DJ set – I mean DJing is fun but it’s not the main thing in my music.

Next month I will launch the album back home at one of the biggest outdoor parties in Israel celebrating 7 years of action. Besides that my fans can catch me around Germany in local clubs and festivals this summer, and if you wanna see me you are more than welcome to reach out to the management email, we would love to come!

Where can fans interested in hearing more find you online?

You can catch me anywhere, IG is pretty active lately, on YouTube we are about to drop a few live performances, I’m still practicing my TikTok moves, and soon on OnlyFans 😉

Check Status Zero out on socials:

… and of course his latest album: