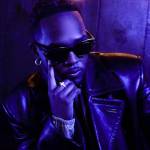 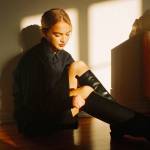 IN CONVERSATION WITH SOPHIA WOODWARD

Triple threat Sophia Woodward is starring as Luna in the live action series ‘The Really Loud House’, which premiered on Nickelodeon and Paramount+ this Fall. When not acting, Sophia can be found honing her skills as singer/songwriter, writing poetry or reading classic literature.

Sophia, you’re starring in ‘The Really Loud House’, a live-action adaption series, which much like the cartoon series portrays 11-year old Lincoln Loud surviving in a house of ten sisters where chaos typically ensues. How was it starring in this adaption of the animated series?

I’m having such a blast. I was so incredibly blessed with a cast of insanely talented, professional and kind hearted people. We really are like a family and we have the most fun getting to tell these stories together.

What is your favorite thing about your character, Luna and her storyline in the series?

Luna’s confidence is really unmatched. She is an outspoken individualist, lacking even an ounce of fear in her body. I feel as though by being able to embody her every day, I’ve become more like her in the sense that I have grown into my own skin. I feel bolder than I did before getting to know Luna.

Besides using your vocal and guitar skills to playe the rocker girl Luna, you even bravely chopped your hair for the role. How hard is it for you to do something like this for a role?

My job as an actor is to portray my character to the absolute best of my ability. A huge part of Luna’s character is her haircut, just as music is a piece of her identity. And I dedicate hours upon hours every week learning pieces of music, practicing guitar. I cut my hair to mold into Luna’s identity through her appearance. It was a larger shift than expected for me in my personal life. I was never one to care about something as material as hair, but it heavily affected me on a day to day basis and frankly was a very formative experience for me. Before cutting my hair, I only associated femininity with men, for example what men find desirable, what I think men like, etc. Now I have a much healthier, well-rounded idea of femininity that has nothing to do with what I think men want and everything to do with how I express myself as a woman. And for the record, I absolutely love my haircut.

Living in a house with 10 sisters is a lot for a teenage boy like Lincoln. What would you describe as the funniest thing about this story in the series?

I think that all of the varying, diverse and extreme personalities within the Loud House are what really makes the show what it is. Everyone is individually hilarious in their own niche, unique way.

Your big break actually came when you went on a cruise in Mexico and competed for casting directors. There you won top child actor and signed with your first manager and agent in Los Angeles. Has acting always been a dream of yours?

Acting has been a dream of mine since I was nine and stepped on a stage for the first time. I auditioned for a local production of ‘The Little Mermaid’ and I immediately knew that I never wanted to do anything else. Even before then, I was always a performer. I would put on shows in my living room and I absolutely loved going to the movies or the theatre. By the time I was twelve, I had representation and started booking TV jobs.

I have to say I do love classic literature, but I don’t love all classic literature. I cannot for the life of me get through ‘Wuthering Heights’. However, I love a good sum of it because sometimes it seems quite simple to me. I strongly admire any form of media that simply tells a story. It may have mundane parts, but normalcy in media, to me, deeply romanticizes the things in life that we overlook as ordinary. On another hand, classic literature is an incredibly vast title because classic literature can be anything from ‘The Bell Jar’, ‘The Catcher in the Rye’, ‘A Clockwork Orange’ to ‘Slaughterhouse 5’, which are all great reads by the way.

Is music a passion of yours that you would like to pursue in the future of your career more seriously?

Absolutely. I can’t wait for the opportunity.

You look up to Sarah Paulson, Jenna Ortega and Ben Platt. Why are their careers the ones you look up to?

Sarah Paulson’s longevity and range in projects and roles is something I really strongly look up to. Jenna Ortega’s career I simply find impressive and admirable for her age. I love Ben Platt due to his ability to jump between theatre, television, films and also writing his own music. That’s the dream right there.

You also love fashion. What make you love fashion? How do you think one can express themself through fashion?

I modeled from ages twelve to fifteen-ish and I still absolutely adore it. When I was twelve I was actually signed to one of the top powerhouse modeling agencies in the world at the time, until my contract was suspended due to my inability to move across the country to New York. Fashion is an art, therefore it is intrinsically a form of expression. Miranda Priestly says it best in ‘Devil Wears Prada’ in her monologue about blue sweaters. She talks about how even in moments where people aren’t actively thinking about fashion, they’re still making a statement with their clothes. Expression through fashion is inescapable. How beautiful is that?

Sophia, what’s next for you in your career? Where will we see you next?

Hopefully in more ‘The Really Loud’ projects to come.

IN CONVERSATION WITH LONDON ON DA TRACK

IN CONVERSATION WITH EMMA BROOKS