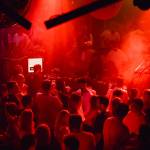 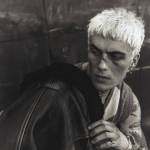 IN CONVERSATION WITH SOFIA WYLIE

Sofia Wylie is a budding multi-hyphenate superstar who has quickly become one of the most sought-after talents in the world. She can currently be seen starring as Gina Porter in Disney+’s breakout series ‘High School Musical: The Musical: The Series’, which is is currently filming its fourth season. She also stars in Netflix’s ‘The School for Good and Evil’, which premiered this October.

Sofia, Netflix’s ‘The School for Good and Evil’ just came out recently. This fantasy film, based on the novel, is about two best friends who are sent to the Schools for Good and Evil. After their fortunes are seemingly reversed, their friendship is put to the test. Why is this genre, fantasy, so dear to you? And what do you love the most about it?

If there is one genre that I enjoy, it’s fantasy. I grew up on ‘Star Wars’, ‘Harry Potter’ and all the fantasy films. So to be a part of a huge fantasy franchise is a dream come true. I can see myself one day being a part of ‘Marvel’ or the future ‘Star Wars’ films.

What is your personal favorite storyline or scene from ‘The School for Good and Evil’?

It’s funny you ask, because my favorite scene was actually not in the final version of the film. After the film was tested, the producers and director had to make some changes to the film, which is normal and happens often. It was important for the audience to understand why certain charachter relations existed, so that meant parts of Agatha’s character arch had to be edited to make room for other things. All in all, it’s something that happens frequently in filmmaking, but in the end I loved the scenes that were left in. Maybe my favorite scene will be released in the future.

How was the experience of being on set alongside Charlize Theron, Kerry Washington and Cate Blanchett?

My film career is just starting, so to work with actors that have been in the industry as long as they have was a blessing. I learned so much and I credit my growth to them.

What is the most important thing that grounds you on set or when you’re surrounded with big stars and success?

I find that I learn so much from what happens before and after we are actually filming. Successful actors are often the best professionals and they treat everyone they come in contact with as professionals. I loved watching that.

You’re one of the main stars on Disney+’s ‘High School Musical: The Musical: The Series’, which is already filming its fourth season. Which episode from the first three seasons that you’ve done is your favorite?

Season 3 was definitely my favorite season to film. I can’t pick just one episode, but I know the fans really enjoyed season 3 as well.

Before acting, you were dancing your whole life. In 2011 you auditioned for ‘So You Think You Can Dance’ and in 2015 for ‘America’s Got Talent’, where you made it to the finals. What does dance represent to you? Why do you love it so much?

Dance is where I learned how to work hard for what you want. I learned that nothing good ever comes overnight. I really credit who I am today to all of my instructors who pushed me and supported me during my dance years.

If you had to describe dancing as art, how would you describe it?

Dance is your soul getting to explore the world without judgment. I love it because in dance you can only be you.

You’ve done quite some stunts in your career so far. How has your background in dance helped you with that?

I credit all of my athleticism to dance. It’s given me the confidence to do things that seem scary and hard.

When you were just 15 years old, you expanded your talents into production and launched ‘AIFOS Entertainment’. The production company’s mission is to spotlight female voices and storylines. What is the story behind your production company?

I have been so fortunate to have been working non stop in this industry for the past 10 years. I’ve gotten to work with hundreds of directors. One thing I promised myself was that once I got the opportunity to help others into this industry, I would spread positive messaging for underrepresented groups.

What is your biggest dream or goal for the future of your career? What is one thing that you really want to create?

I am just getting started, but I definitely want to make serious movies and hopefully one day be considered a great actress. I can see myself finding great stories that I can hopefully produce as well as act in. I think that’s the goal my family and I have with our production company. We have already started teaming up with other producers to bring some amazing stories to the big screen.