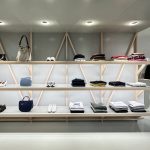 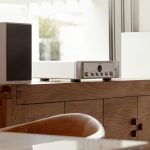 IN CONVERSATION WITH SAM PAGANINI

Distinctive powerful grooves and pure passion – Sam Paganini’s style defined a genre and his releases became instant classics. Active in the electronic music industry since 1997, Paganini is a true techno pioneer, not least due to his wide-ranging passion for various musical genres, which influence his style and sound. Paganini has always been an insiders’ tip in the underground scene but also publicly a widely known name in the mainstream spheres, playing on massive festival stages but also intimate clubs all over the world. Wherever he plays, he instinctively connects with the crowd, which is why he is one of the most in-demand techno DJs in the world today.

When you were young you played multiple instruments such as the drums, guitar and piano. How have these experiences influenced you in producing and DJing and what other parts of your life, artists and styles have contributed to it?

Well, actually drums and percussions are the ones I played most but I have been fascinated since a kid to all instruments, guitar was the next step. Then I studied piano to learn something more about chords and music theory and when I realized that electronic music gives you the possibility to record an entire song completely alone I became obsessed with synthesizers and studio recordings techniques. Since techno songs are basically based on drum patterns I perhaps pay more attention to the drum parts since I am a drummer. But I am a music lover first, listening to every kind of music from jazz to metal, inspiration can come from music styles far from techno and electronic music. An example is Pink Floyd’s song “One Of These Days” from the 1971 album Meddle, the arrangement is very inspiring with his incredible break in the middle of the song and the tension created.

You had your first major breakthrough with your track “Zoe” in 1996, your style has been described as “Sexy Groovy Dark Techno” and is even defining a genre. Has your style changed significantly over the time or have you stayed true to it?

It was a French magazine that described my style “Sexy Groovy Dark Techno”. Nowadays most of the DJ’s from the techno community are pushing BPM’s higher to 140 and more. From my point of view if you go faster you miss depth from the overall sound so I try to keep my sets to a lower BPM. I’m also playing faster than 10 years ago, music changes and techno is evolving but what I am looking for in a track to play is always the same, a good groove and a dark atmosphere.

Not easy, especially when you have a track that turned out a big success on the mainstream channels. The snob circuit always looks at you with suspicion but if you stay true to yourself and you don’t accept bookings just for higher offers at the end everything works.

From Berlin’s iconic dark Berghain to summery open-air Awakenings and Sonus, but also smaller intimate locations – you have been playing on various legendary stages worldwide. What are your favorite types of gigs?

Playing at Festivals in front of thousands of people is incredible but you play most of the times a set not longer than 120 minutes, no filler just banging music from beginning to the end. It is an approach completely different from a set at a small club, you have to entertain a huge crowd. When I play an extended set at a club I go more relaxed, I take a musical trip and sometimes I can also end the set with something “unexpected” like a rock song. I really love both worlds.

Coming back to Awakenings, you have been playing there for multiple years now – what are some of your favorite memories that you made on these stages?

Awakenings is the best Festival in the world. Not only because their lineups are always great and close to my musical taste but also because the experience you live is fantastic. You feel that it is a family, they really love their job. I love them and I am so grateful to be part of the family for so many years. I have been more than lucky to play in all the different stages during the years, from the big open-air stages (Area V and W) and the tents and I really enjoyed every time, not easy to choose one.

What was the set you prepared for Awakenings like – what styles and influences inspired you in producing this set?

Only the opening track and the closing were already decided. The opening track had to be a good one to set immediately the mood of what was coming, then I followed my instinct and the reaction of the crowd, I chose from a selection of 50 or 60 tracks.

How do you usually prepare yourself for your gigs, especially the ones with large crowds?

Nothing special, apart from checking who is playing before me or after me. It is funny because it happened that I was more nervous when I played in a smaller club than a huge stage at a festival. I don’t know why, it is something related to my feelings at that particular moment.

Our latest issue is all about Balance. How do you balance your lifestyle of traveling from gig to gig and your personal life?

Balance is the key, an important word in my life. I am Libra in fact. I take my job very seriously. I mean, I DJed for over 30 years and for almost 20 I was a local DJ so it took a very long time to become an international act. I learned from others’ mistakes that you can throw away your career and your life because of stupid things. The point is that I love my job and I am aware how lucky I am to do what I love most and get paid. I don’t need anything else other than this. I’m also lucky to have a wife that supports me on this journey even if with the birth of our daughter (she’s 18 months now) she’s not traveling anymore every weekend with me as it happened in the past.

Now that the nightlife and rave scene is thriving again after a long hiatus, what are some of your major releases, gigs or projects coming up?

I am currently working on my LIVE Show, a cool visual experience with a big production that I was ready to present in March 2020, then unfortunately COVID appeared and all shows were canceled. I’m doing an update of the show including the songs from my new album “Light + Shadow” I released last October and it will be soon finally on stage.

There are a lot of promising up and coming artists starting out in the industry. What would you, as a pioneer in your field, recommend to them on their journey?

To be prepared for a difficult journey, but if they have a real and burning love for music it will be the key to overcoming difficulties and disappointment. Self-critical attitude, objectivity and balance are the key to success.