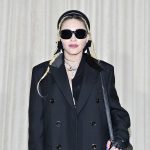 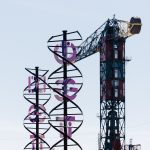 In conversation with Salman Jaberi

Salman Jaberi was born in Bahrain, raised in London, and now resides in New York City. Salman, a counterculture enthusiast, has been involved in the dance music scene for over a decade. He is the founder of Rave Scout Cookies, a co-creative electronic music platform with the purpose of empowering artists from the marginalized community to showcase their talents and raise awareness about dance floor safety and mental hygiene in nightlife. His interest in dance floor politics has led him to work with music festivals such as DGTL to develop safer spaces on a larger scale in the dance music industry. On the first day of the festival, we met him and asked him some questions.

I launched Rave Scout just a few months before the pandemic in 2019. It was primarily as a means of creating a digital platform that would encourage local marginalized talent on a global scale within the underground community. My entire focus was on showcasing underrepresented talent since I felt that, particularly in the electronic dance music industry, not many artists had the opportunity to demonstrate their potential because bookers prefer to hire the same artists who are already at the top of the hierarchy. So it all started with simply putting out mixes promoting undiscovered artists, and it all snowballed from there.

Music festivals, in my opinion, have long been known as a breeding ground for sexual harassment, drug-related mishaps, and other societal issues that are almost always swept under the rug and not addressed. The pandemic, or the great reset, brought to the forefront massive global issues such as social inequity and racism, and the world challenged and protested such issues for the first time in history. These political movements must be pursued and carried out in the dance music community and on the dance floor. It is ultimately a matter of returning dance music to its roots––unreckoned for today—as a political movement and a space for marginalized communities to reform from mainstream society.

Anyone who witnesses harassment must intervene immediately. Even if the situation isn’t clear, it’s still intervening; for instance, you can casually ask someone if they like the music or if they’re having fun and then follow their cues. We constantly excuse not doing anything when we see something as not wanting to meddle in anyone’s business, but the truth is that by simply checking in on them, you may be saving someone’s life. The training session I developed for DGTL focuses on all aspects of what to do if any of these situations emerge while working in a space. It’s a two hour course that anyone can finish within a one day timeframe.

I moved to London for college when I was around 16 or 17 years old. I was living alone when I got locked out of my first apartment, and I stumbled into a flock of goth ravers, which led to a three-day bender. That rave was the start of it for me, and it was there that I first felt a sense of community. But I believe that after I moved to the United States, I became more involved professionally. There was so much focus on dance floor politics, and people have significant and meaningful purpose with everything they do. There is more intent set to the rave than simply enjoying it as a music event, and that is when I became fascinated with dance floor politics. Political change and social reform should, once again, persist and be associated with our dance floors. The future of dance music is undeniably vibrant. However, we must all take collective responsibility for sustaining the political discourse and incorporating it into our dance floors in order to rebuild a meaningful link between music and making a positive impact. Lastly, and more importantly, being mindful of the marginalized community by ensuring that they are acknowledged and given the space to showcase their talents and have their voices heard.

Yes. Without a doubt. I believe it all started in Boston, where the scene was so bland and conventional, catered primarily to a heterosexual crowd.  Manu Miran, a friend and DJ, wanted to see change in the scene he had been a part of, so he curated his queer-centered platform, VISCERAL, which inspired all of this passion in me and eventually got me engaged in the underground music scene.

A training course was the way to go for a major music festival like DGTL. It was the simplest approach to construct a foundation or structure, allowing the awareness team to follow some form of guideline or program that was simple to self-manage. I believe it was basically all about developing those principles and arranging them in smaller chunks so that they might be digestible for anyone, whether interested or not. With DGTL, we first concentrated on harassment-free spaces, then on harm reduction, and lastly on collective accountability for our conduct. All modules work in tandem and are linked to one another; you can’t have one without the other.