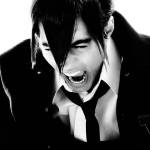 IN CONVERSATION WITH RIELE DOWNS

Riele Downs can be seen starring as the lead in Hulu’s film ‘Darby and the Dead’, premiering today, the 2nd of December. Riele is widely known for her role of Charlotte on Nickelodeon’s ‘Henry Danger’, for which she earned a nomination at 2020 Kids Choice Awards for ‘Favorite Female TV Star’.

Riele, you’re starring in Hulu’s ‘Darby and the Dead’ as Darby Harper, who after suffering a near-death experience as a child, gains the ability to see ghosts. Tell us more about the film and your character.

The film follows my character Darby as she navigates being a social outcast in high school. As a child, she experienced a trauma and tragic loss that has enabled her to see and talk to dead people. As a teen she has created a side business to help the dead pass on. After a freak accident claims the life of her arch rival, the school’s Queen Bee Capri, she’s forced into helping her complete her unfinished business, which creates a whole lot of trouble for Darby along the way.

You filmed ‘Darby and the Dead’ in South Africa. How was it filming there? What was your favorite thing about South Africa?

It was a magnificent oasis. South Africa is a destination that has always been at the top of my list. The scenes shot outside brought us seemingly unreal views of mountains with crystal clear sunsets, but even more than that, the people were memorable. Their sunny dispositions and fabulous accents made my days that much more enjoyable. Also, being able to visit Robben Island and literally walk through the very prison where Mandela spent so many of his years was an experience I’ll never forget.

For your role of Charlotte on Nickelodeon’s ‘Henry Danger’ you earned a nomination at the 2020 Kids Choice Awards for ‘Favorite Female TV Star’. Through the performance on this show you actually learned how to further develop your relationships with the characters you portray. What is your secret on developing these relationships?

My key to developing any relationship with the characters I portray, whether it is Charlotte on ‘Henry Danger’ or any other, is to find things about them that I can directly relate to and pull from in my own life. Then I look at the ways the character’s traits and behavior contradict the way I am in life and I try to find justifiable reasons that I would be that way and play around with those differences until they feel comfortable and familiar to me.

You portrayed the role of Charlotte from the age 12 to the age of 18 and basically grew up in front of the cameras. How did growing up in front of cameras impact you as a person?

Growing up in front of the camera has in one way left me with a sense of missing out on what the ‘high school experience’ would have been like, but at least I attended regular school until the end of 7th grade, where I played many sports and got to hone my visual arts skills in a specialized class. I feel that experience shaped me and readied me more for the confines of being raised on set. On set, we had who we had, which in our case was four kids. At least we got along well, so I have many fun times to draw from. It was definitely a live/work type of environment. Acting on the set of a long-run series gave me a level of maturity early on, as juggling school and work each day can be quite tricky and demanding. But honestly, it’s all I know, so it does feel like my own kind of normal. Especially since most of my friends are also actors who have lived similar situations to what I have.

You’re also stepping into the field of writing as you are paving your way into storytelling, finding your voice and offering a fresh outlook on writing diverse pieces. Why do you believe diverse pieces are so important these days?

Diversity has always been incredibly important, but we have not always had the progress to support there being more inclusion in the entertainment industry until more recent times. When you get to see someone who looks like you in various positions of power in all walks of life, but definitely storytelling is a big one, it allows you to conceive of possibilities you may not have otherwise seen as achievable. Diversity in storytelling still has a long way to go and I intend on being a part of the solution.

I have always had a passion for fashion design. At the age of 3 and 4 in kindergarten, I was designing fashion lines in my sketch book before I even knew what it was. My mom shares that even before I could speak, I would cry when she put me in outfits I did not like. As an artist, it was alwasy there.

You’ve designed outfits for yourself over the years now and your dream is to own your own fashion line. What is your goal of designing outfits for others?

There are so many options for what you can create, so through trial and error over the years, I’ve developed more specific styles and I just trust I will create pieces that others will feel comfortable and confident in. I want my designs to find their rightful way to the ones who find some of their own unique style and personal self-expression in them.

If you had to describe acting and fashion as forms of art, how would you describe each of them?

With acting, it’s more about embodying someone else accurately enough so that others can observe that person and their behavior in a realistic way, whereas with fashion, the individual designer expresses what their style is and then anyone who relates to that style will choose to do business with them. They are both very different forms of expression, but are both very influential to anyone who observes the result of either.

You have quite an interesting heritage, being of African American, Cuban and Native American descent. Do you have any Cuban or Native American traditions that are special to you?

In both cases, I would have to say I’m a little removed from practicing traditions related to my heritage. My mother’s background includes Nigerian and Native American and my father’s father was born in Cuba. Though we do have some Native artifacts around our home that represent our ancestry, I do intend to learn more about those parts of myself.

Riele, what’s next for you in your career? Will we be seeing you on our screens next or launching your own fashion line?

Definitely both. I have a few very cool things in the works right now, that I can’t wait to be able to share when the right time allows. It is my wish that whatever I have upcoming in the next few years will resonate with you all.

IN CONVERSATION WITH THOMAS DOHERTY

IN CONVERSATION WITH NIC KAUFMANN