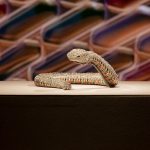 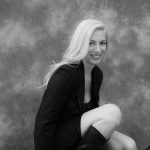 IN CONVERSATION WITH REESE LAFLARE

Named hip-hop’s renaissance man, Reese LaFlare has been in the game since the early 2010s. Starting out as the original member of the hip-hop collective Two-9, Reese has since released two studio albums, 5 mixtapes, 4 EPs, and a clothing line called “Diva”, inspired by Reese’s mother’s nickname for him, “Big Diva”.

Reese LaFlare grew up skateboarding, developing his sense of style and music taste along the way. Skateboarding is in his DNA, he says: “Skateboarding and hip-hop are very very intertwined in fashion street culture”. The artist’s dynamic background in various disciplines translates seamlessly into his musical work. The first record that sparked his interest was B.G’s Cash Money Is An Army and if he could have dinner with anyone throughout the history, it would be his grandmother. Reese Laflare seems to have it all, talent for music, a big heart, and a fun personality.

What was your favorite collaboration in your career thus far?

Musically? I’d say this song I have with Pusha T called mood ring on my album Reese LAFLARE and I did a fashion collab with Stussy I’m really hyped on that comes out pretty soon.

If you could pick anyone in the world to wear your brand, who would it be?

It’s a few people .. Aretha Franklin for sure she the original Diva, Gwen Stefani but like 2000s her not now hahaha. And Dennis Rodman.

What is the most exciting part about your upcoming project Diva Vol.4 And what was the process of making the album like?

Finally releasing what I have been working on for the past year from the music to the clothes is the most exciting part. Watching people react and consume your art. Making the project has been a process …. mostly just living everyday life trying not to think about it too hard and just create with the moods I’m in. When asked what fashion means to him and how it relates to his music, Reese tells us: “Style.. style is everything because fashion is subjective. It’s all about style in fashion and music. Without style you don’t got it .. style is forever.”

special thanks to ALEXANDRA PREUSCHE

CARTIER CELEBRATES BEAUTES DU MONDE IN MADRID, AT THE GARDENS OF THE PALACIO DE LIRIA

IN CONVERSATION WITH LIVIA DE PAOLIS