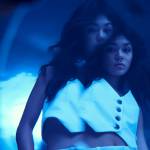 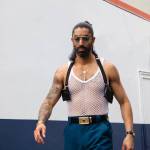 In conversation with Ramona Young

Ramona Young is returning as fan favorite ‘Eleanor Wong’ in season 3 of Netflix’s ‘Never Have I Ever’, which premiered on 12 August.  In the past few years, Ramona has quickly become a familiar face in both television and film. She caught the attention of superhero fans in 2018 with her role as ‘Mona Wu’ in CW’s ‘Legends of Tomorrow’.

Ramona, we’re able to see you back on our screens as ‘Eleanor’ in season 3 of ‘Never Have I Ever’ on Netflix this summer. What can we expect from the third season?

So many life altering things happen to the characters in season 3, I feel this to be true especially for the girls and their fellow love interests. Every character grows so much this season. It’s really hard to fathom, but our show swings big.

What is the most fun thing about filming of ‘Never Have I Ever’?

Personally, aside from going to costume fittings for Eleanor, I love when we first get the scripts for our table reads because the writing is always so entertaining. But in addition to that, I get to experience the storylines for the first time with all my friends and co-workers who I genuinely care so deeply for.

You were educated in both Hong Kong, your parents’ homeland, and the United States off and on until you were eight years old. You then graduated early from California State University, Los Angeles and studied acting at Playhouse West. How would you describe the moment when you knew that you wanted to pursue acting?

I like to say, at some point every child has wanted to be an actor or singer or something creative. I was just never able to outgrow that inner child.

You caught the attention of superhero fans in 2018 when you got cast for the role of Mona Wu in CW’s ‘Legends of Tomorrow’s’ Season 4. How would you say this role impacted your career?

You taught yourself to write screenplays and began creating your own short films with the desire to have an even stronger voice in the entertainment industry. What is your drive behind this passion of yours?

Speaking of writing as an expression, I can’t really explain it. Writing has always been a way for me to pour out my feelings and thoughts. It’s always been my go to, because I’m quite introverted. So being in this industry, it was a natural transition for me to explore and learn about screenwriting.

You started doing martial arts at a very young age. How does martial arts make you feel? Does it empower you?

Absolutely. Being a tiny, squeaky voiced Asian woman is challenging in a tough industry, set in a big city. Knowing how to defend myself has helped me feel a quiet confidence and safety I would otherwise lack.

When you’re not busy acting or creating your own stories and films, what are some of the hobbies you enjoy?

I love to play League of Legends. I would play for hours if I could. There, I said it. I’m a Lux and Master Yi main. Aside from that, I love doing my jiujitsu, my mediation, reading, spending time with my cat and dog and playing a little music. I have too many hobbies actually.

Besides acting, you’re also a talented musician. You play piano, the violin and also sing. Is this something you’ve ever thought about more seriously?

I like having some things that I enjoy without having to worry about being a professional at it. I want to be able to be not great at some things. My brothers are actually both incredible musicians and I love just standing on the sidelines watching them shine.

Coming up, you will voice the character ‘Sweetie’ in Netflix’s stop motion film ‘Wendell & Wild’, which is coming out this October.  How was it working on a project like this, where you’re only lending a character your voice?

I get paid to sit in my pajamas where I read words. What’s not to love. And on top of that, I get to say I was a part of something with so many Hollywood legends.

What are some of the other exciting things that we’ll be seeing you in this year or in 2023?

Honestly, who knows? I barely know what my schedule looks like tomorrow. But whatever it is, it’ll be great.