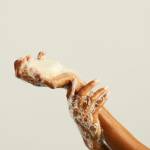 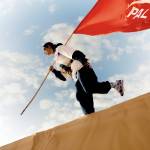 IN CONVERSATION WITH QUELZA

Quelza – the French underground weapon whose sound is complemententing and stirring up the international electronic music scene. The producer and DJ, whose real name is Léo Naït Aïssa, was born in the late 90s and comes from the suburbs of Paris. Surrounded by the arts from an early age on, Quelza developed a connection to music during his childhood already. However, it was the French electronic music scene that inspired him to produce his own tracks. Ever since, the now Berlin-based artist has proved his exceptional talent and drew the attention of acclaimed artists on himself, including Oscar Mulero, DVS1 or Marcel Dettmann. Quelza has a dedicated musical progress shaped by in-depth projects that are released on industry-known labels such as Mord Records, Palinoia, 47, Hayes Collective and others. His unconventional, clear and sometimes even cinematic sound is shaped by layered techno wares with a breaksy, punching IDM touch. This he also brings out in his unique DJ sets that he plays at major spaces within the international electronic music scene – Berlin’s Berghain, London’s Fabric as well as Amsterdam’s Reaktor, Tbilisi’s KHIDI and many more.
Young and upcoming with a maturely skilled sound and style that holds a distinctive signature upping the rhythmic pressure with every next sequence, Quelza is a fresh and outstanding face of the new wave of Techno artists.
In this conversation we talked about his journey and identity…

How did you find your way into the techno scene?

I initially started with the illegal hardcore scene in France and was traveling around the country with some friends by car to attend some free parties in fields or abandoned locations when I was around 13 or 14 years old (laughs).
Then I also started going out clubbing in Paris (with the help of the ID card of an older friend) and suddenly came across the one rave that changed almost everything for me: Concrete Paris, we are in 2013 at that point I think.
It was a Sunday morning, on the ground floor of a boat, beautiful sun outside with not much of its light coming across the room, and I heard techno for the first time at that point. I was just speechless by the interaction of the people, the sound and the walls of the place.
I was fascinated by how one guy behind the booth, I believe it was Rodhad, could interact with the shape of the club and make people dance to this mechanical and repetitive music – something in it attracted me deeply.
Something clicked in me and I instantly decided to dive deeply in everything around this scene and music.
After that I was there almost every single weekend and shortly after started to research how I could produce that music myself. Till today my obsession has never left!

How would you describe your individual style?

This is always a question I struggle to find a correct answer to as I change my mind about it every month.
What I’m trying to do with my music is mostly expressing myself. I have something deeply rooted in my chest that I can’t describe with words, images or specific definitions.
For me music has always been a way to somehow express my feelings in tones or sounds.
So if I could describe it with these points I would say that I’m trying to make music that can be the most honest archive of how I feel at that specific moment.

What’s your favorite gear and way of producing and mixing?

I’m very DIY when it comes to music so I don’t own a lot of gear as I prefer doing some sound treatments out of pre-recorded elements. So I would say my computer and a good mic/recorder (laughs)!
And for the mixing part, I truly believed that the gear you own is only 10% of the actual work you need. I’m keeping the exact same speaker I started with 10 years ago (Yamaha HS7) because I know the exact sound of them from a decade working with them. Alongside, I like to have two different pairs of headphones: one Beyer Dynamics and an Audio Technica, to have some various sound sources to test my sound mix.

What are some artists that you look up to and inspire you and your sound?

Regarding DJing I have two major figures that I look up to as inspirations: DVS1 and Oscar Mulero.
They both have a very unique way to shape their DJ sets and approach a mixer, which inspires me a lot.
I’m trying to develop a unique form of mixing myself and these are two artists that achieved this, so I won’t look at how they approach their set in a technical way but mostly I’m trying to dive into the mindset they have when creating such a way of mixing.

When it comes to producers, if we stay in the techno field (but not only…), I would say, without hesitation, Blawan.
There is something in his music that deeply touches me sentimentally, I am incapable of describing what it is but it’s something that drives me to jump into his world. The feeling his music provides me is incomparable to any other. To me he truly is one of the most important figures of the electronic music scene.

What does your own individual creative process look like when you produce new music?

Very often I try to produce anywhere and anytime I can, without even thinking about producing tracks in the first place because I really have a lot of fun doing it, and it keeps my mind creative daily!
Usually, when I come to the point that I want to do a track or a bigger project, it comes with a sudden inspiration or something that truly marked me in my daily life. It can be an image, a word or a whole sentence someone told me, and even a great or bad memory.
I’m trying to keep these rules when I start working on a track so that I rather think about the bigger picture than simply an individual track and work on music releases only when I have a context or concept in mind. This helps me to create sort of an aesthetic to the overall process and a thematic to it!

You are playing in major spaces within the techno scene. Where do you enjoy playing most, feel most comfortable with the crowd and space, and why?

My easy answer would be Berlin as I live there and know its city and scene very well. However, after 2022 I have to also include Amsterdam because it has been a major key city for my career and personal knowledge.
Both cities have very different crowds and spaces. Berlin has clubs that open for days and most of them have a lot of open space. That can be distracting and therefore challenging as a DJ to keep the crowds on the dancefloor because you truly need to observe the crowds constantly to understand what the space needs at that exact moment.
Amsterdam, on the other hand, also has a super strong and euphoric scene. Every single time I played there I have been able to really bring the crowds to places that I also wanted to experiment myself in, and with a super friendly and curious reception from the public side, which I really love!
But I truly am grateful to be able to travel and discover so many different scenes at the places I’m performing at, as they really helped me to improve myself as a DJ in a space I was not familiar with!

I have a very personal point of view which I’m aware a lot of people may disagree with but I’m happy you ask about it!
To me both sides do not cancel but, on the contrary, improve each other.
If you think about the term “commercialization” of techno, let’s be clear: it has been here since the beginning in Detroit as soon as a label started to release music for the public and/or a club program with some techno act.
What I believe changed though, is how we perceive the word “commercialization”.
Has the electronic music scene been booming the last 3 decades? Of course it has but it’s not happening only now but it happened at the peak of the 90’s till the Techno Parade, and came in phases.
I think people have this misconception of an evil persona called “mainstream” that is here to eat everyone and everything, but to me this is looking in the wrong direction of change.
You can have some underground values and actions at a mainstream scale. That is only your choice and the only thing that changes is the amount of people you want to reach, not your message or music.
However, if you don’t like it when music reaches the biggest audience, then that is different. I truly thought about it and discussed it for hours with friends. So here is my personal and humble conclusion:
The only difference between the most played radio song in pop culture and the most experimental form of an electronic music artist playing in a basement in the countryside is accessibility, especially for a young and new audience.
You cannot expect someone discovering a new scene to be instantly educated and mature enough to already understand the finest type of music. To me it is like coffee or wine, at first it tastes terrible and then, as you grow up, your taste evolves as well.
To me the human being has this wonderful thing that I truly believe is universal: a natural curiosity in everything they find or touch.
Our responsibility as actor of this scene, I’m talking of artists/magazines/promoters etc., is the same that made us take this profession as lifestyle:
We need to educate people according to the knowledge and cultures we developed for years.
And there are infinite possibilities to do so. In the end, aren’t we in a creative field in the first place?
I would like to insist on that point of view because I truly believe that too often we hear a negative perception around this subject which, to me, does not fix anything but instead feeds separation and hate. It’s not helping anyone but instead discouraging people to find new ideas or solutions.

This past year you were playing all over Europe and were traveling a lot for that. How is that for you, how do you deal with the fast lifestyle and find your balance?

The last year went pretty exponentially for me in terms of rhythm and change in my life and so far I think I managed to deal with it pretty well (laughs).
Sometimes it is hard, mostly mentally, with traveling and the lack of sleep but to me this is something I’ve always wanted to reach so I constantly remind myself of this in order to not complain about it and be grateful.
I’m trying to find time for myself within the travels and keep my mind organized and busy, but I’m very focused right now so I truly enjoy this constant adrenaline I felt those past months.

You are highly in-demand. What gigs and projects do you have coming up?

I had a very busy year in terms of gigs and releases in 2022 and I want to keep things a bit more reduced with my music in 2023 and focus on my DJing part. I have done enormously much music including some projects that I’m thinking of building as an album debut. I’m planning to release all this music between 2023 and 2024 and finally start releasing music with my own imprint.

Interview and text by THORE DAMWERTH
Photography by GIOVANNI MAZZOCCHI

PAL SPORTING GOODS PRESENTS ITS NEW SPRING-SUMMER CAMPAIGN, BATHED IN THE LIGHT OF THE SAHARA DESERT