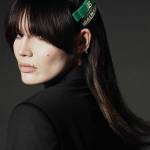 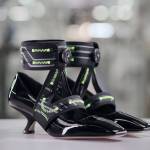 IN CONVERSATION WITH PORTER ROBINSON

Porter (Weston) Robinson is an American Grammy-nominated artist, singer and producer from Chapel Hill, North Carolina. Having started his career already in his childhood, he appeared on Billboards 21, the Top Under 21 Artists List in 2012. He holds in his hands a Nomination for the Grammy Award for Best Dance Recording with his single ¨Ghost Voices¨, an award for Billboard´s Top Dance/Electronic Albums, a MTVU Artist of the Year Award in 2015 and an Electronic Music Award in 2017, among others.

One representative song of Porter Robinson is ¨Shelter¨, in collaboration with Madeon, for the FIFA 17 Soundtrack. Also, ¨Everything Goes On¨, part of the album ¨Nurture¨, made possible with the occasion of the League of Legends Event ¨Star Guardians 2022¨.

There have been so many different hits that have come out of your hands! What are the projects that you are currently ¨cooking¨ now for the future?

Right now something that I feel like I need to focus on is having a good life in a way that means something to me. This year I think I focused so so much on all of my projects, constantly working and making output, that I found myself sort of mirroring some of the bad habits of my past where I was really solely focused on work and really focused on achievement. I know that I’m at my best at making music when I’m happy and surrounded by people that I love and experiencing all of the aspects of life not just the side where I identify with being a public figure.

What is your favorite part of constantly being on the road between touring, headlining various festivals etc.?

It’s so so crucial for me to experience real life. That’s my favorite part about constantly being on the road between touring and headlining various festivals. My absolute favorite thing after all these years has been going to the convenient stores in different areas like Argentina or Korea or in the Netherlands and just seeing the various guilty pleasures of snack foods of different cultures. I really like how if you go to Germany and you ask the local people what should I eat they’ll be like oh you need to try the beer, pretzels, and weinerschnitzels, whatever the local specials are (I probably just butchered the German specialty). Normally I’m just in this collective unconscious aspect of what are the unhealthy snack foods that people eat when they’re watching Netflix? That’s super interesting to me because I think it sort of like reveals something about each culture. When I went to Mexico recently I realized that there were a lot of smokey aspects to a lot of the snacks along with lime and limon. I just think it’s all really interesting. Another incredible aspect is going to a place that I’ve never been to before like Eddenbraugh and Scotland and seeing people up on other people’s shoulders singing every word to some of my more obscure songs is incredibly meaningful.

The process of working for seven years on the critically acclaimed album Nurture has been a long journey. What ¨kept the wheels turning?”

I had this desire where I was really feeling like I need to put this album out. I really needed to climb that mountain because it was really overwhelming and impossible-seeming for me to make music again at one point that I was like I have to do this. I was seriously measuring my life relative to it. I would have an intrusive thought about getting into a horrible car crash and I would be like no I can’t die yet, not until Nurture is out. I still think about that sometimes. With Nurture out, everything sort of feels the same but I do kind of feel like I climbed Mount Everest in a way, that’s how big this was to me. There were times I was laying on the floor of my studio where I was like I can’t do this but I HAVE to. That’s a really bad situation to be in. I love music so much. I love making music. I love so many aspects of my life and I just feel like I have so much more to say. I have more songs on my heart and feelings that I need to express. For some reason something’s stopping me, something’s blocking me. I’m working on this constantly and I still am not producing. The idea of getting that album out was a HUGE deal.

We love that you showed a more vulnerable, hopeful and personal version of yourself in your album ¨Nurture¨. Was that a hard approach to take?

It was hard in the sense as in I wasn’t good at doing it yet, especailly at first. I cringed myself out so many times trying to write heartfelt, vulnerable lyrics but that’s part of it. I think a lot of the real beauty is when you successfully do that tap dance you thread that needle between what’s uncomfortable to talk about and what really needs to be said. There was a time where I wasn’t even sure I wanted to tell people I was creatively stuck because what would people think? Would they look differently at all the work I did from that point on? Would they feel like the creative work was somehow compromised by me not being magically inspired to do it? All those things played on me. When I did decide to open that can of worms and talk about that subject matter of being creatively stuck, being really depressed and anxious, and feeling like I couldn’t do it anymore, it was such a fertile kind of creative well for me. There was so much material there. It took a little while to find the words and to find the language but when I did I was really glad.

Sources mention that 2021 was one of your best years, full of accomplishments between Nurture, another extremely successful Second Sky and debuting Air2Earth. Would you agree with that? What would you highlight?

Second Sky was incredible and one thing that’s interesting about what I’ve done is I feel like I have always gone through is learning skills the hard way and in public. The first time I really sang in front of a big crowd was at Second Sky, my own festival in front of tens of thousands of people. That’s really scary. I was like I don’t know if I can do this or not, I don’t know if I can pull this off. It was the same way with DJing when I first debuted 10 years ago. I had never been to a club until it was myself DJing. That might sound like a lame brag, but that’s not my intent. I think one of the things that keeps me going is this desire to find new mountains to climb. It’s almost like this idea of being someone else besides myself. I’ll
hear a song and it’ll inspire me so much that I’ll be like “if only I had made this” or “if only I could perform in this style.” When I hear music and when I see art and when I see performances I love it so much that I feel like I have to live it myself. I can’t just consume it, I have to embody it. That’s kind of how I express love. I think the most significant accomplishment rather than the music festival or the album coming out I think that putting myself out there and singing in front of people would be my biggest accomplishment.

Is there something that you would like to change in the music industry? Or, at least, in the way of producing your music in the future?

I want to work faster. I want to get ideas down and not be so precious about it and so scared to make changes to my work. I want to produce without fear and I think one of my big fears of my past is I have to do everything myself. I’m not a real musician unless I’m singing, playing, mixing, mastering, and producing everything. That’s sort of the school that I was raised in but I think the thing that I really want to bring to the table are my own ideas. I’m always going to be in the captain’s chair producing and writing but I want to collaborate more. I want to move faster, I want to get my ideas down because I’m not going to live forever. It’s almost like a prideful thing for me to feel like I need to do everything on my own.

You are a big fan of League of Legends and gaming in general, we love that you created a song for it. ¨Everything Goes On¨ had such beautiful feedback from the audience. Would you like to get involved more with your music in the videogame industry?

Not necessarily. It’s not that I necessarily want to move in the direction of doing stuff for video games but League of Legends had real personal significance to me and my fiance. That was the game that got me through quarantine, is something that means a lot to my fiance, and is what kept my friend group together over the course of the pandemic. I just love it, I play it constantly. I don’t want to get involved in anything that I’m not passionate about. If a bigger game came along and said “hey if we wanna do this” unless I played it and loved it, it would be unlikely for me to do it.

We all like to dream big about something! What are you manifesting at the moment?

If you can describe Second Sky in three words, what would they be?

Beautiful, escape and fantasy world. I’m putting fantasy world as one word. It’s just incredible, the fans and this is going to sound like such a cliche but the people who go there are the best audience in the entire world. It’s truly filled with the nicest people and the lineup is so cracked this year, it’s incredibly good. I’m excited about every single set. I keep thinking about how I get to share Fred Again.. who seems to be the nicest guy ever with my audience who is the sweetest audience ever. It feels like a match made in heaven. I’m doing Nurture live again with a little update. I’m playing Everything Goes On for the first time which I’m really excited about. Virtual Self b2b G Jones, we’ve got Bladee who some like to call Blade-E playing at Second Sky. It’s going to be incredible.

DIOR UNVEILS THE METICULOUS SAVOIR-FAIRE BEHIND THE 62-22 PUMPS