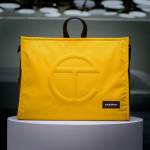 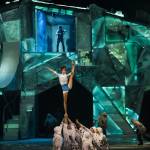 IN CONVERSATION WITH PARIS JACKSON

Paris Jackson has always gravitated towards alternative music in culture and constantly pennes songs on an acoustic guitar, developing an eloquent approach to the craft. She is the kind of musician who will continue to explore and evolve her artistry and sound, because she connects straight from the heart and to the heart. Soon, the world’s about to hear what she has to say on her forthcoming EP and a series of singles for Republic Records.

Paris, you’re currently working on your second EP. What can we expect to hear from this EP and what’s the inspiration behind it?

My new record is much louder than anything I’ve made before. I’ve taken sonic inspiration from bands like Interpol, Nirvana, Meat Puppets, Smashing Pumpkins, Pixies and the Cranberries. Lyrically I continue to take inspiration from writers like Andy Hull of Manchester Orchestra and Conor Oberst of Bright Eyes and Better Oblivion Community Center.

How will this second EP be different from your debut album ‘Wilted’ that you released in 2020?

I like to think my writing has gotten better, though the root energy is very similar. Stripped down, they’re all just sad folk songs. The production has changed quite a bit.

There must be a track on your upcoming album that you would say is the most emotional or the most personal for you. What is behind it that makes it like such?

No there isn’t, they’re all equally emotional and personal for different reasons.

You constantly pen songs on the acoustic guitar. Why do you love this so much and why is it so important to you?

I don’t know why, it just feels organic and right. I’ve also never tried to write any other way.

You have a musical background in your family, but is this what actually made you pursue a career in music?

I don’t know and I don’t really think it matters. It feels good, so I do it.

Why do you believe it is so important for a musician to explore and evolve in their career?

I don’t think I necessarily agree with that statement. Every artist, every person is different. Some like to try new things and some like to stick with what they’re good at. Much like the American education system’s standard curriculum, it may not work for every student. Personally, I like to evolve and explore, but that doesn’t mean that every artist should.

How does creating music and performing in front of audience and fans make you feel?

It makes me feel like I have a purpose.

You’ve also starred in some film and TV projects. Is more acting something that is in your plans for the future?

“The past is history. Tomorrow is a mystery. But today is a gift, that is why it is called the present.” — Oogway

What is one thing that you believe the music industry is missing today?

Equal opportunity for all artists regardless of race and gender.

You are a proud ambassador for Elizabeth Taylor AIDS Foundation and Heal Los Angeles Foundation, among other causes. Why are these foundations and causes so important to you?

I can’t say I know exactly why it’s so important. Caring about destroying the stigma surrounding HIV and AIDS, as well as spreading knowledge on it and supporting free testing, seems like common sense to me. And giving better chances at success for our youth in a world that is difficult to navigate also seems like common sense.