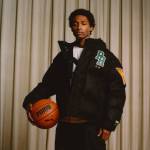 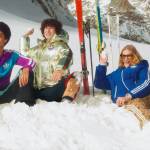 IN CONVERSATION WITH PALAYE ROYALE

Equal parts brit-pop, glam rock and art-punk, Palaye Royale has amassed over half a billion streams throughout their career and earned a legion of cult-like fans with their adrenaline fueled, Rock’n’Roll circus. First landing in Los Angeles as teenagers, Las Vegas-bred brothers Remington Leith (vocals), Sebastian Danzig (guitar) and Emerson Barrett (drums), worked their way up through the ruthless L.A. rock scene going from playing basement shows while living out of their car to headlining arenas around the world and touring with the likes of Yungblud. They have just released their newest album ‘Fever Dream’.

You guys are true musical virtuoses and your musical style is described in various ways. How would you describe it yourself and what are the ‘secret ingredients’ that make your music so special?

This was the first album since our debut album that we had time and patiences with one another. Majority of the time, due to our intense touring schedule pre-pandemic and now back to it, we only have small windows to record off the road. So during the ‘Fever Dream’ album we were able to immerse fully into every avenue. From bringing piano, Mellotrons, strings, etc. back to our foundation of crafting the sonics of the album. Our producer Chris Greatti did a wonderful job with bringing us together on a personal level as we were in quite an awful spot as friends and collaborators. But with rebounding us we were able to create our favorite most in-depth audio experience with one another.

You are releasing your fourth studio album ‘Fever Dream‘, with which you are returning to your roots and most of the album is composed on piano. What can the fans expect from this album?

‘Fever Dream’ is our first body of work that we have had the chance to work on for over a year consistently. We spent so much time going over every note and lyric and there was just no limit on what we were able to do on this album and really got to experiment and explore with new sounds.

‘Fever Dream‘ is described as your boldest and most visionary body of work to date? Why would you say it’s the boldest?

‘Fever Dream’ is definitely our boldest work to date, because we didn’t hold anything back and said exactly how we were feeling and what we were going through at this point in time and we feel the music really reflects that. It was our first time on an album that we made a conscious effort to have a positive outlook lyrically.

Your shows are legendary. You are real passionate showmen and entertain your big loyal fanbase. What do you love so much about the stage?

The stage is the only place we truly feel at home and weirdly the only place where we feel comfortable. We love to perform and put on a show people will never forget. We hope to live our whole lives on the stage.

You have diverse fields of interests. Where have you been getting your inspiration from lately and especially for this album?

We normally take experiences from films, literature and of course our personal lives but this time around we took inspiration from the beautiful chaotic life we have experienced since leaving for tour in 2015. Traveling the world and coming back to a city where life continues without you really opened up avenues of truth and honesty of our lives. New perspectives in our writing truly shined.

You guys collectively shape the band and all its parts, musically and visionary. What are each of your strengths and how do they complement each other in a musical but also visionary way?

Musically, Remington is goth modern, Sebastian is Brit pop and Emerson is renaissance classical. Put those together and you get Palaye Royale.

As for visionary, Remington is music, Sebastian is business and Emerson is art. With all of us blending into each others primary field makes for Palaye Royale’s structure.

What are the best parts of being on tour? And what would you describe as the hard parts of it?

The best parts are finally getting on stage. Being on tour means constantly dealing with obstacles, logistics and balancing mental health. The shows and interaction with the fans brings us purpose and significance, suspenses time for just a brief moment.

The hardest parts of touring is the repetitious nature of everyday. It’s very easy to slip into madness. Luckily we have each other to help prevent a descent into destruction.

Your fanbase has quite a name, ‘The Soldiers of the Royal Council‘. How important is your relationship with your fanbase?

The fans are everything to us. We have built this identity and significance between all of us and it is always growing. Building a family of like minded individuals around the world has been one of the most important aspects of our existence.

At Los Angeles Fashion Week, for example, you are welcome fashionable guests. How would you describe your sense of fashion and what are some of your favorite brands/designers/inspirations?

In our earlier years of the band we would be the band playing on the runway for fashion week putting on a manic show while models are walking. It was the perfect place to test the bounds of audience comfortability with Remington hanging off the rafters and crawling on the front row of people. Fashion has always been a crucial part of expression on top of the music and lyrics. Emerson is inspired by Edwardian, Dandy and Renaissance. Sebastian is inspired by British mod fashion, and Remington is a range of punk, modern and gothic. When you put the three of us together it becomes something so specifically ourselves.

With music, fashion and many more areas of action you are more than just a band. What more is there to come from you in the future, musically but also on other levels?

We plan on hosting our own traveling Victorian circus-inspired festival to immerse the Royal Council even further into the world of Palaye Royale. We truly enjoy expanding our art into many paths, like our own book publications, clothing lines, cosmetics, furniture collections, nightclubs and eventually boutique hotels. To build an atmosphere around the world for all those who take part in this project to feel a sense of home and belonging on this earth.