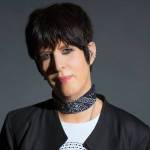 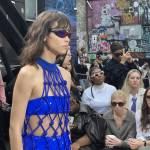 Paco León is a Spanish versatile actor, director, producer and screenwriter. He premiered his fourth feature ‘Rainbow’ at the San Sebastián film festival this September. The movie is premiering in theatres on 22 September and will be released on Netflix on 30 September.

Paco, you received training from the prestigious Centro Andaluz de Teatro in your hometown of Seville and debuted as a dancer working for different companies, appearing in stage productions such as ‘Madre (el drama padre)’. How did your career develop from stage to TV and film?

Since I left acting school I have always generated my own projects. First, I set up a company and we produced a play. I was combining jobs as a waiter and a clown at posh children’s parties. Then came TV, comedy programs and series, of which ‘Homo Zapping’ and sitcom ‘Aída’, an audience leader for almost 10 years, stand out. Even so, I continued to do my thing and produced and directed a film with my mother as the protagonist. It was a great success, and I continued directing and acting in other film productions. Today I also consider myself a director.

What would you describe as the highlight moment of your career in TV and film, so far?

In relation to the media, without a doubt, ‘Aída’ has been the work that has marked me the most as an actor, for now.

Your debut as a director and screenwriter came with the critically acclaimed film ‘Carmina or Blow Up’, which earned you the best new director nomination at the prestigious Goya awards in 2013. What do you love the most about directing and screenwriting?

Directing is like acting, but instead of just one character, it’s playing them all. Like a ventricle does, but with thousand hands. I also like just acting, because it’s less work less and takes up less time.

Does directing and screenwriting fulfill you more than acting itself? How does doing each differ for you personally?

The best thing is to be able to combine everything. Being in front and behind the camera, I consider myself to be ‘versatile’ at work.

In 2011-2012 you returned to your origins in theatre, as the co-creator of a very successful theatre, circus and cabaret spectacle titled ‘The Hole’. It was staged in Madrid, but it subsequently went on to show in Paris, Mexico City, Milan and Buenos Aires. What was the most special thing about this spectacle, which took you around the world?

I co-directed that show, but in the beginning, I only acted in it. 10 years later the show is still on.

Last year you wrote and directed your fourth feature film ‘Rainbow’, which you just premiered at the San Sebastián film festival and is coming to theaters and also to Netflix today. Tell us more about this film and what it is all about.

It is a contemporary and very free version of ‘The Wizard of Oz’. It is my riskiest film because it mixes fantasy with music, comedy with drama and naturalism with special effects.

Without a doubt, the highlight of the first half of 2022 was the premiere of ‘ The Unbearable Weight of Massive Talent’, in which you co-starred along Nicolas Cage. What does this role mean for your career?

It was very fun working in English and with a living legend of cinema, like Nicolas. It was also the first time that I played a bad guy with a gun and action scenes. Pedro Pascal was a great help!

You’ve starred in both Spanish and foreign productions. How do acting opportunities in Spain compare to English or American productions?

They are very separate circuits, but I think that nowadays with the VOD platforms everything has become more globalized and there are actors in Europe who work in American productions, and it goes both ways.

Spanish TV and film market has expanded profoundly in the last years, especially also thanks to Netflix. What’s your view on Spanish films and series becoming so popular?

Well, there is great variety and quality in Spanish production, and it has been shown that there are projects that may be of interest outside our borders.

Paco, what can you share with us about ypur upcoming projects, besides ‘Rainbow’ of course?

Currently, two of my films are planned for a release. ‘No mires a los ojos’ is a thriller in which I play a guy who accidentally gets locked in a family’s closet and decides to stay inside to spy on the family. it premieres at Seminci in Valladolid and then on November 4th in theaters. And the second one is ‘Mari(dos)’, a film with Ernesto Alterio and directed by Lucia Alemany.

As a proud sevillano, why is Seville the best city in Spain?

That’s what I’ve been hearing since I was born. And the truth is that it’s a beautiful city, with which you have to be very careful. Seville is like a narcotic… It makes you fall in love and it steals your wallet. For those of you who want to explore it, I recommend visiting in the spring,  that’s when the city is in its full splendor.

A Look back at London Fashion Week